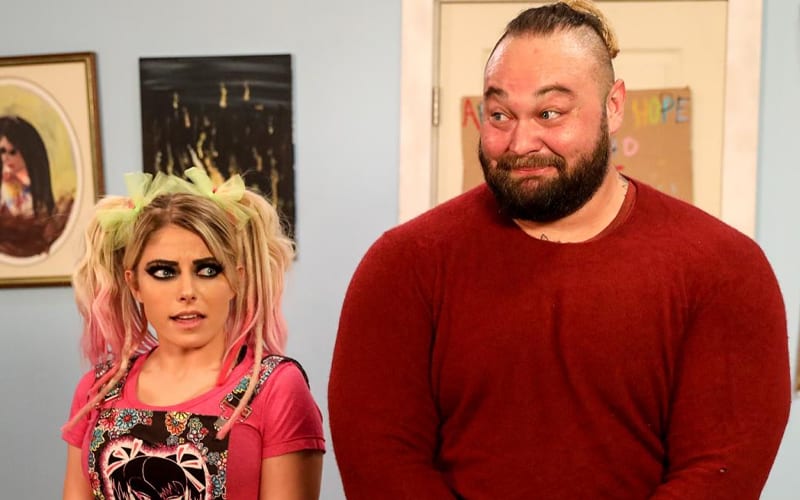 Bray Wyatt and Alexa Bliss’ new alliance captured the WWE Universe’s attention in a big way. She also took out Nikki Cross in the process. All of this could be leading somewhere, and the current mindset is the show of shows.

We previously reported that Bray Wyatt has a very interesting WrestleMania match under consideration against Edge. This would divert The Rated R Superstar’s original plan to face Randy Orton at WrestleMania 37.

Wrestle Votes reports that the idea is for Beth Phoenix to join this situation and create a mixed tag team match with Alexa Bliss and Bray Wyatt.

Further: source states the initial idea came up as names were thrown around as possible opponents for a Wyatt & Bliss team at Mania. Edge & Beth Phoenix were mentioned. Source states both matches are “unlikely”. Orton vs Edge remains the plan as of now.

Vince McMahon’s likelihood to keep a long-term booking direction going for any amount of time is sketchy nowadays. We’ll have to see how long they can hold off on these two teaming up in the ring.

Are you interested in seeing this match? Sound off in the comments below!