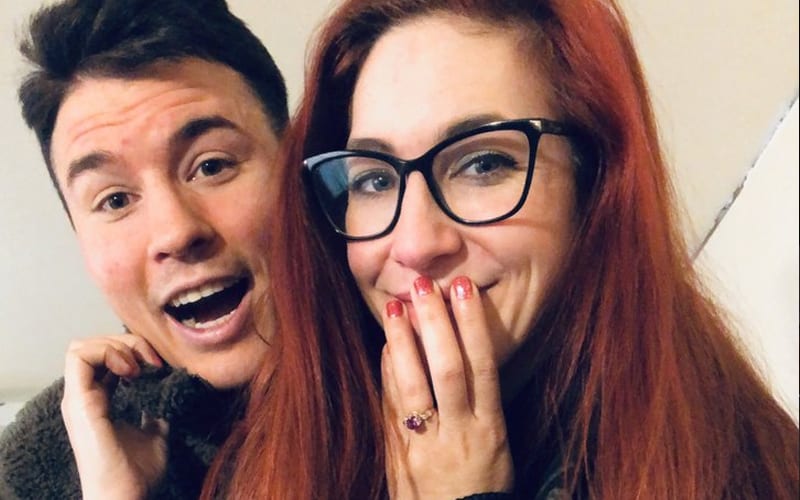 Today is a happy one for one pro wrestling couple as “Speedball” Mike Bailey and Veda Scott finally got married. This was an event that the pandemic pushed back several months.

Scott was very happy to post a photo of herself with Bailey as she showed off her new jewelry. Her caption said: “We definitely meant to do this back in March.” Then she included a couple emojis of a woman shrugging and a wedding ring.

The couple received several congratulatory messages so far, and there will likely be plenty more to come. They’ve been together for quite a while, and they finally said “I do.”

Congratulations to Mike and Veda from everyone at Ringside News.