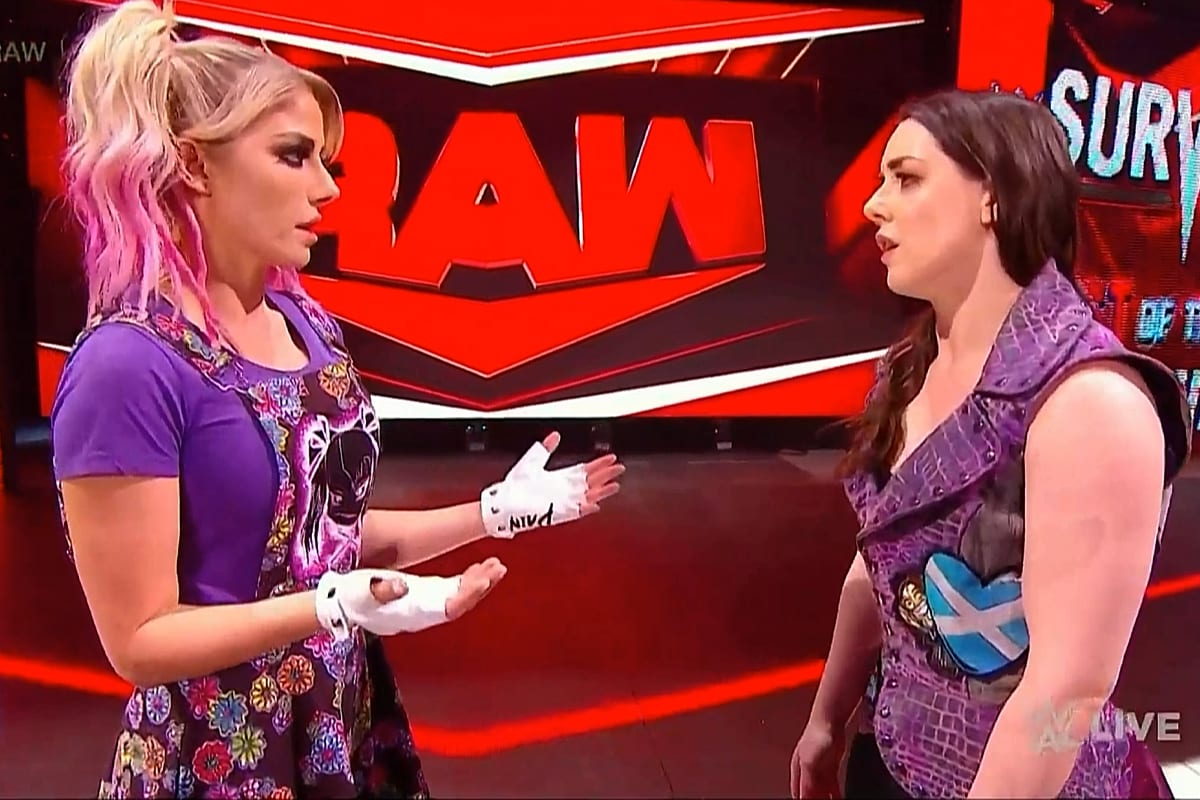 Alexa Bliss’ alliance with Bray Wyatt tore her away from a partnership with Nikki Cross. WWE made sure to tie up that storyline this week on Raw.

Nikki Cross asked Alexa Bliss to choose between her and The Fiend last week. Bliss picked Bray Wyatt because they have so much fun together. This week, Nikki Cross tried once again to talk some sense into Bliss, but is did not work out well at all.

Bliss attacked Nikki Cross in the entrance area as Alexa was introducing Wyatt. Then Bray Wyatt entered, and he seemed to get a kick out of what happened.

Alexa Bliss and Nikki Cross’ partnership is now done. Cross can continue on her own, and Bliss is now officially paired up with Bray Wyatt as a part of his storyline.