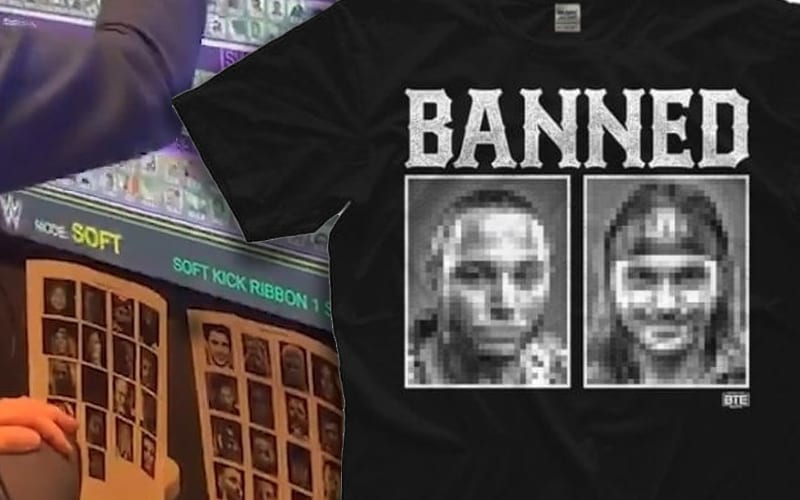 WWE doesn’t want the Young Bucks in the ThunderDome. They even put their faces next to the ThunderDome board just in case they try to sneak in like Kenny Omega did.

Matt Jackson updated his Instagram to post a new merchandise announcement. They took those banned photo mug shots and turned them into a new t-shirt.

The Young Bucks already took a little dig at their ThunderDome ban. Now they are going to make some more merch money off the idea. Odds are this will sell well because it falls in line with their “Cease & Desist” t-shirt which sold a ton. AEW fans like that rebel attitude, and the Young Bucks have plenty to spare.

You can check out the new t-shirt below. It is already available on Pro Wrestling Tees and it will likely become a very popular item. You can get it for yourself, or for a friend who was banned from the WWE ThunderDome.