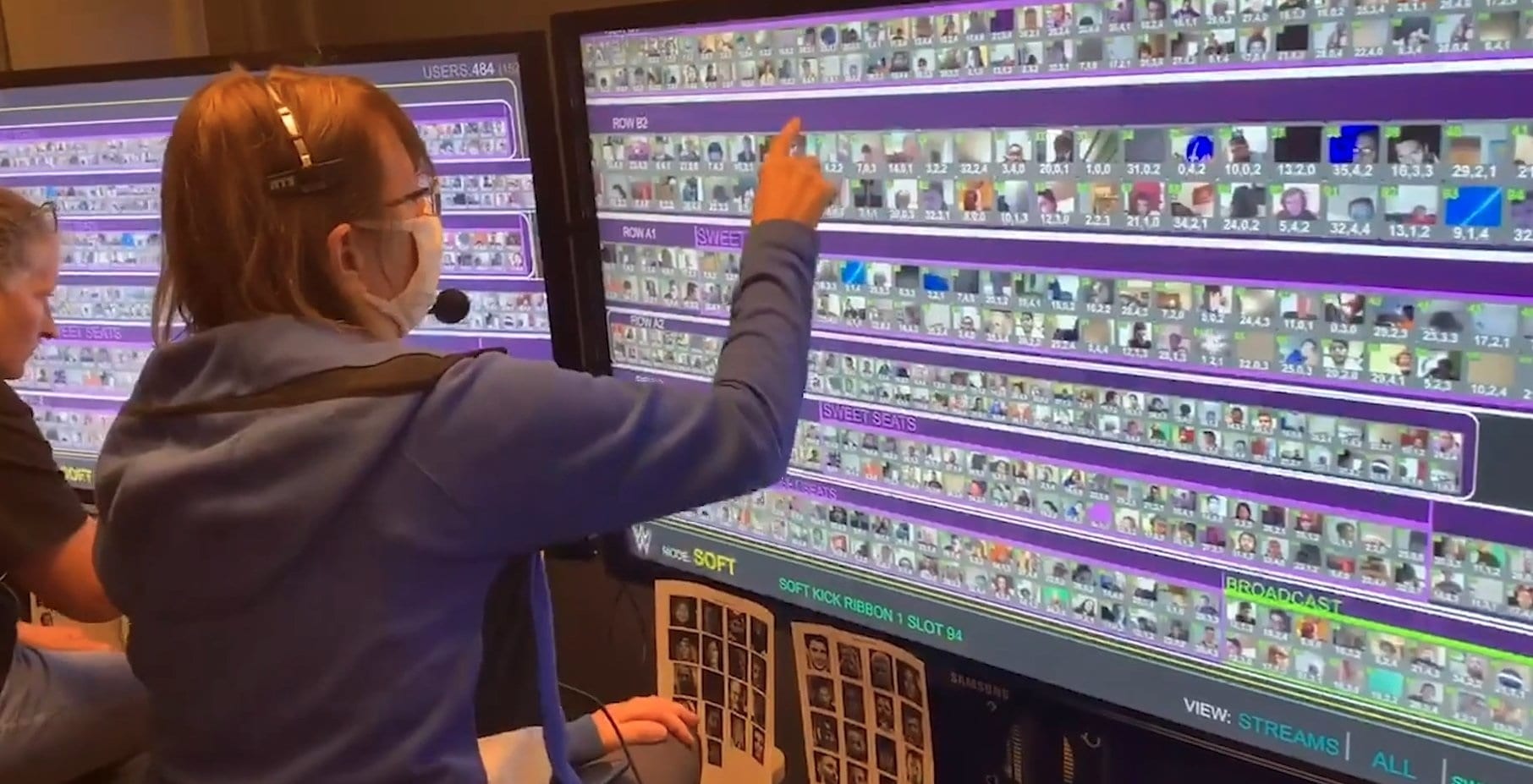 WWE took on a big project when they erected the ThunderDome. Those screens broadcast fans from all over the world. but there are a couple of things that they need to watch out for.

The ThunderDome was abused early on by people putting terrible images up like members of the KKK. Chris Benoit’s image even made its way onto the ThunderDome screens, as well as the AEW logo. WWE wants to make sure they stop that from now on.

The Famous Group won a Digital Dan Experience Award in the 2020 Spotel Awards for their work on the ThunderDome. During a video presentation, they revealed an image that wasn’t supposed to be seen by fans.

They have a board up next to the main controls showing banned images and faces they don’t want seen in the ThunderDome. AEW, New Japan Pro Wrestling, Impact Wrestling, Enzo Amore, Cody Rhodes, Marty Scurll, The Young Bucks, Chris Benoit, and Ryback can be seen pictured next to the ThunderDome control panel.

They have a lot going on behind-the-scenes during WWE broadcasts. The ThunderDome gave them even more to worry about. Thankfully, it appears that they have a system in place to stop any more unwanted visitors in their virtual fan seating.

H/T to Heel By Nature for passing this along