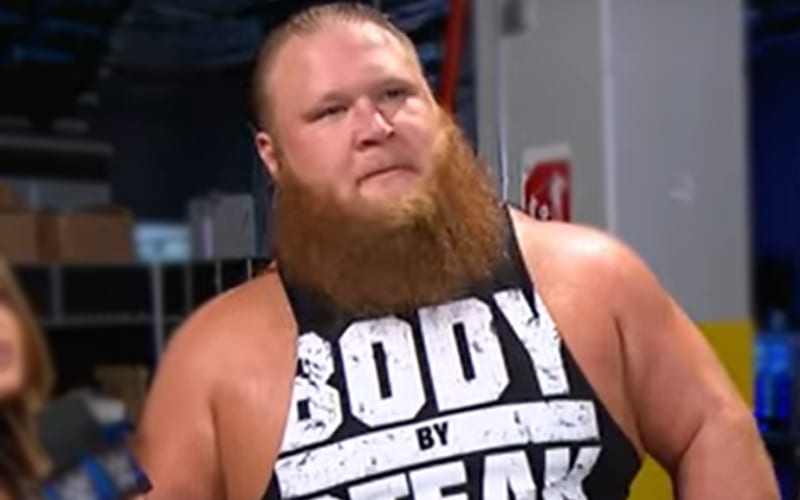 Otis and The Miz are in an interesting situation on SmackDown. The A-Lister’s quest to snatch Otis’ Money In The Bank contract could land the Heavy Machinery member in court.

The Miz has a kayfabe lawsuit against Otis that is rooted in a real life story. He cited an unsafe working environment and he wants Otis’ MITB contract. The big question is will he get it?

Otis’ story with the Money In The Bank briefcase has included many turns and changing plans. They originally tore him away from Tucker, but then brought him back into the picture. We were told that there was a “big angle” planned for Tucker and Otis, but it was nixed or postponed. Now they have transitioned into this involvement with The Miz and his high-power attorney.

Ringside News has learned that WWE is keeping so many obvious options open for a reason. They still haven’t figured out what they’re doing. They are waiting to see how October’s draft turns out as we previously reported. A member of the creative team with knowledge of the situation told us the belief is that Vince McMahon hasn’t made up his mind yet, at least he’s not telling anyone what the plan is.

There are many options right now. It is possible that Otis will lose the Money In The Bank briefcase without ever cashing it in. Foreshadowing was also undoubtedly inserted that Tucker could turn on Otis. The line where Tucker said: “No buddy, you’ve got a problem” after Otis said “we’ve got a problem” was scripted for a reason.

This was supposed to be Otis’ big run on top, and a landmark moment in his career. He won the Money In The Bank briefcase as a shock moment, and Vince McMahon had to quickly devise plans which he almost immediately changed. Now we are waiting to see what happens next.