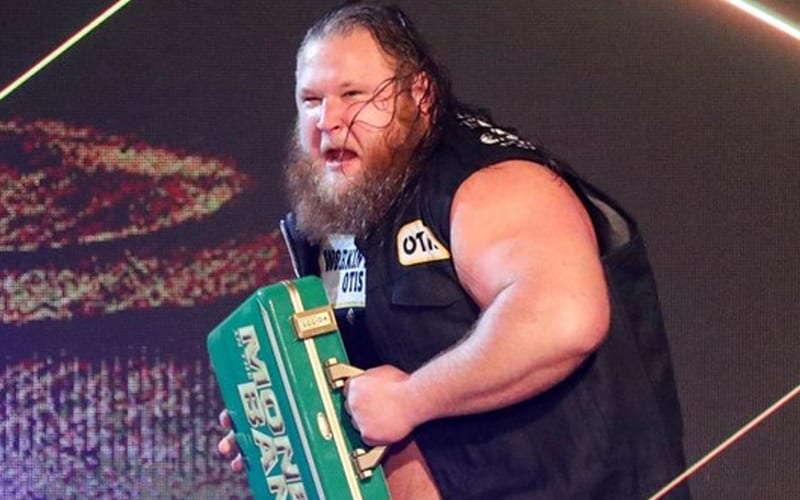 WWE made a few fascinating booking decisions in 2020 so far. Otis becoming Mr. Money In The Bank ranks up there in the top echelon of “unique Vince McMahon calls” this year. What is WWE doing with him?

Ringside News was corresponding with a tenured member of the creative team about Otis. When it was theorized that Otis will hold the Money In The Bank briefcase for much longer, we were told that assumption is correct. It wasn’t confirmed that WWE will absolutely wait until live fans return for a cash-in, but it was heavily implied as the organic crowd reaction is what Vince McMahon wants for any big moment.

We also asked if Otis might simply forget to cash in his contract and let it expire, but this was neither confirmed nor denied. A recent screenshot of Otis’ actual Money In The Bank contract showed that it was for the wrong year. That was simply an error from the props department. They updated the date on the bottom of the contract, but not the one in the body of the text.

Otis is still on SmackDown, and feuding with The Miz. As of right now it doesn’t appear he will be losing his Money In The Bank gimmick any time soon. Then again, SmackDown is live and we were advised that Vince McMahon can always change his mind at a moment’s notice.