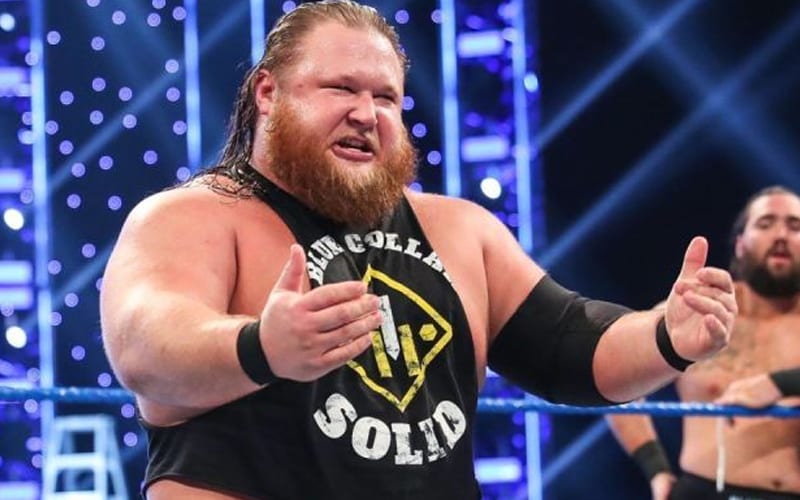 Otis was introduced as a member of the Heavy Machinery tag team alongside Tucker. They had some momentum, but Otis was the breakout star of the team. The Caterpillar and his charisma brought Otis to the forefront and now his partner Tucker has vanished.

Ringside News has learned that “Otis is a single now.” He might be in a “relationship” with Mandy Rose on WWE television, but he is a singles performer. The Heavy Machinery tag team appears to be over.

We previously reported that Vince McMahon is overseeing everything Otis related at this point as well.

Tucker hasn’t appeared in weeks, even in a supportive role for Otis. Now Otis is set to take on the Money In The Bank ladder match this Sunday without Tucky in sight.

There was a rumored plan for WrestleMania 36 that would have seen Heavy Machinery team with Mandy Rose against Dolph Ziggler, Robert Roode, and Sonya Deville. That mixed six-person match didn’t happen, and it evolved into a singles match.

We will have to see if WWE figures anything out for Tucker down the line, or if they consider bringing the team back together. As of right now Otis is walking alone. As you can see by Tucker’s continued social media activity, he is still very supportive of his brother Otis.