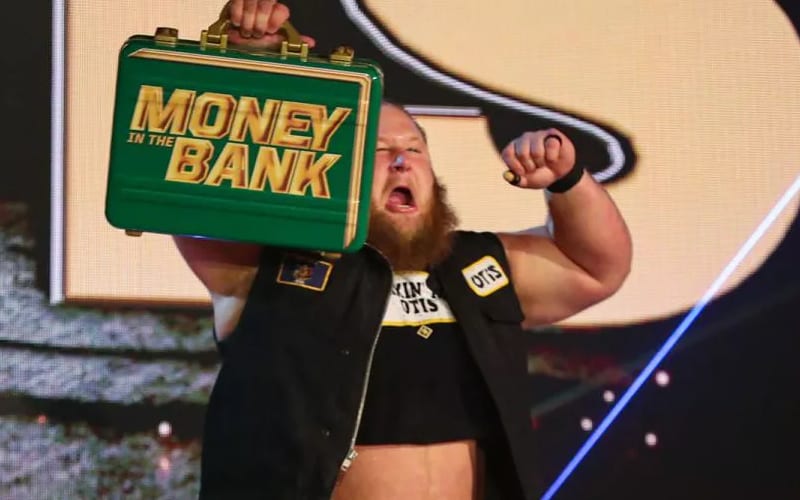 Otis is still Mr. Money In The Bank, but those plans are now in jeopardy as The Miz introduced a lawsuit into their storyline. Now Otis could be forced to give up his briefcase. What is really going on?

Ringside News has learned that WWE is currently in a “holding pattern” with Otis. There are currently multiple endings being considered for how his time as Mr. Money In The Bank ends.

There are currently “multiple endings” and one does include Miz taking the Money In The Bank briefcase from Otis. There are “others where Otis keeps the briefcase.”

It was previously reported by Ringside News that WWE’s plans for Otis have changed before. There was once a time when he was penciled in for a feud with The Fiend. That was prior to Bray Wyatt’s babyface turn which we also reported would happen a month prior to his turn.

A member of the creative team confirmed with Ringside News that the upcoming WWE Draft has a lot to do with this. They “need to see where everyone lands after the draft.” Don’t count out Otis’ Money In The Bank run just yet, but the company’s draft plans will play a role in their decision.

At this time WWE hasn’t officially announced the next draft, but it is reportedly coming in October.