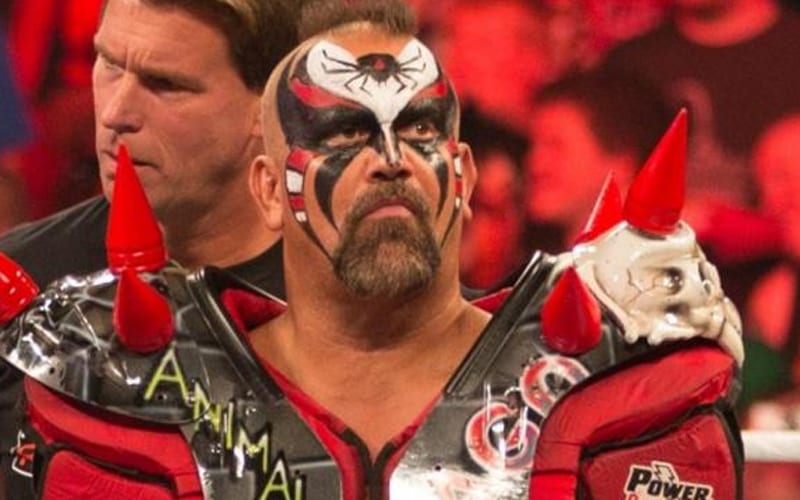 Road Warrior Animal passed away at the age of 60-years-old today. His cause of death is not known at this time. This was a big shock for millions of pro wrestling fans and many are mourning his passing.

WWE released a statement on Animal’s passing soon after the announcement was made. Many more sent out tributes as they remembered the incredible impact that Animal had on the pro wrestling world.

He was far more than just a tag team specialist. Following his in-ring retirement he continued to be a voice in the pro wrestling community through his teachings, appearances, and podcast.

WWE Hall Of Famer Ted DiBiase summed up everyone’s shock as he posted a heartfelt tweet to remember Animal after his passing.

I’m totally shocked to hear my friend and brother in Christ, Road Warrior Animal, has passed away. My thoughts and prayers as well as my heart, go out to the family. RIP my friend.

RetroSoft studios, the makers of the upcoming RetroMania video game also sent out a tribute. This is notable because Animal is going to be in that upcoming game as it is already nearing completion.

Our thoughts are with Animal’s incredible family, friends, and fans at this time. He was an amazing man who inspired millions through his life. We lost a legend today. You can check out some reactions below. There will certainly be many, many more to come.

RIP Animal, it was always a rush.