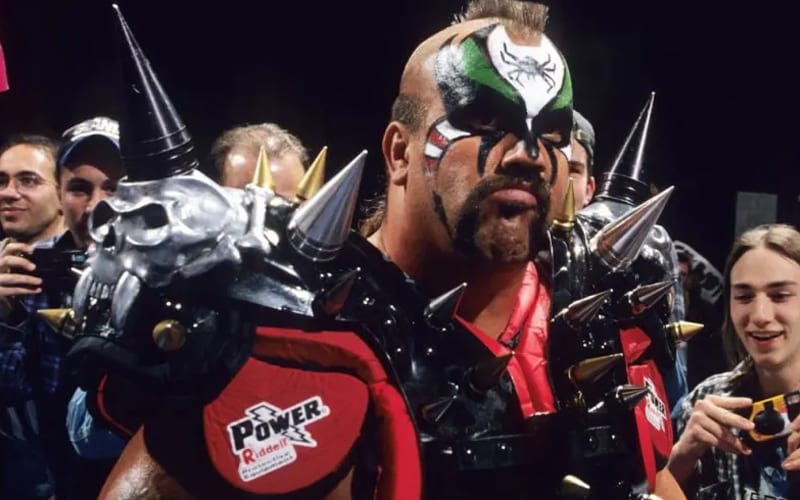 Road Warrior Animal is no longer with us, and many are celebrating his memory today. He was 60-years-old and his cause of death is not known at this time.

Click here for a much larger article which includes over twenty tributes for Animal from throughout the pro wrestling world.

Animal shared the ring with many talented stars throughout the pro wrestling world during his legendary career. He also worked behind the scenes with many more Superstars after his in-ring retirement.

Ric Flair sent out a touching tribute to Animal after learning of his passing. He called Animal a “great opponent,” and he was also a “great friend.”

I Am More Than Saddened To Hear Of The Loss Of My Good Friend And GREAT Opponent Joe Laurinaitis Of The Legendary Road Warriors. They Were Iconic! The Road Warriors And The Four Horsemen Drew More Money And Had More Fun And Entertained Fans Worldwide At The Highest Level. RIP

Hulk Hogan was shocked to hear the news of Animal’s passing as well. He sent out a tweet to pay respects to the legendary memory that Animal left while he was with us.

Hulk Hogan also posted a tribute for Animal as he said: “RIP Animal,love you my brother, I know you and Hawk have a lot of unfinished business to take care of! God speed and blessings to your beautiful family,one love4Life. HH”

This is a shocking announcement that will likely take some time to settle in. Road Warrior Animal wasn’t public about any health issues. We will likely know more about the situation when his family releases a statement that is planned for later today.