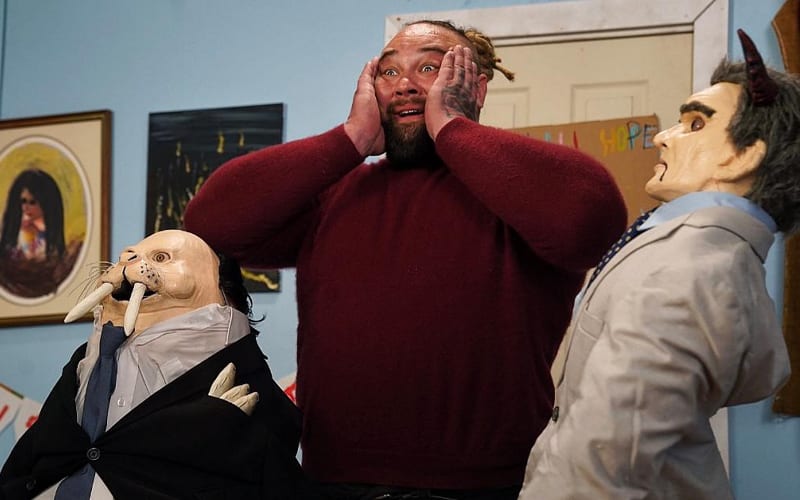 Update: Ringside News has been able to confirm that Bruce Prichard did create the Wobbly Walrus character.

Brock Lesnar’s Advocate is now the Special Counsel for the Tribal Chief. Paul Heyman’s union with Roman Reigns didn’t save him from parody in this instance, no matter how counterproductive seems.

Ringside News has learned what the backstage reaction was regarding this decision. The Paul Heyman allusions were quite apparent internally as well. We were told that the thinking is that this was a Bruce Prichard idea.

A tenured writer with very close knowledge of the situation told us that “it’s all very petty, if you ask me.” When we asked whether someone said anything about how counterproductive it is to take digs at a man who is currently on fire with Roman Reigns, the answer was bleak.

We were told the writers are “all afraid to criticize” the notion of dragging Paul Heyman in this way. There is a sense that nobody has job security at this point. Bruce Prichard’s power backstage has also grown more even since “he first seized” the Executive Director position for both Raw and Friday Night SmackDown.

No one is going to speak up about “how stupid or counterproductive it seems” because they are all on edge anyway.

Paul Heyman’s reaction isn’t going to be immediate either. It was also relayed to us that “Heyman is too far ahead of the game and strategic” to ever let anyone know what he’s thinking.