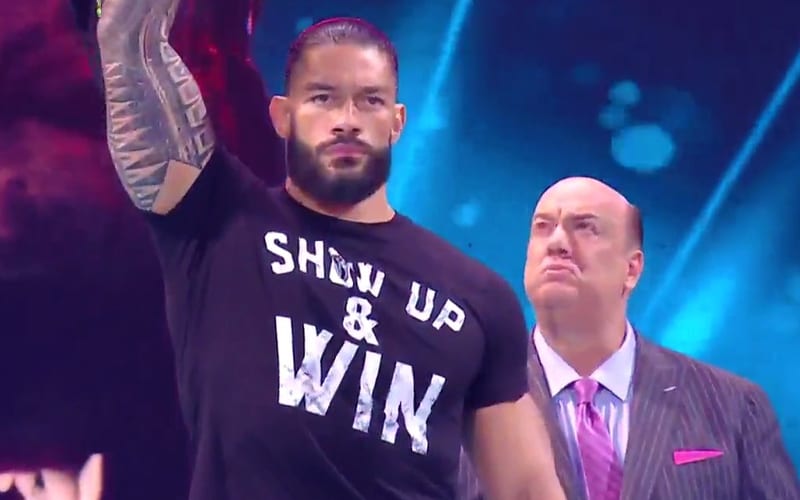 Roman Reigns showed up at Payback, and he fulfilled his promise to become WWE Universal Champion. He showed up on SmackDown this week with Paul Heyman by his side to address the WWE Universe.

Paul Heyman called himself “The Special Counsel for the Tribal Chief,” Roman Reigns. Apparently, Tribal Chief is The Big Dog’s new nickname. This was an intense promo from Heyman, and then Reigns got to speak.

Reigns said that he’s a man of his word. He walked into Payback and he wrecked the Fiend, and he wrecked the Monster, and then he left. Then Roman said to “feed them in for the slaughter,” because this is his island. “When you have this kind of power, all you have to do is show up and win.”

Roman also concluded his promo with “believe that.” WWE just registered a trademark for “show up and win.” Now it is Roman Reigns’ new catchphrase.