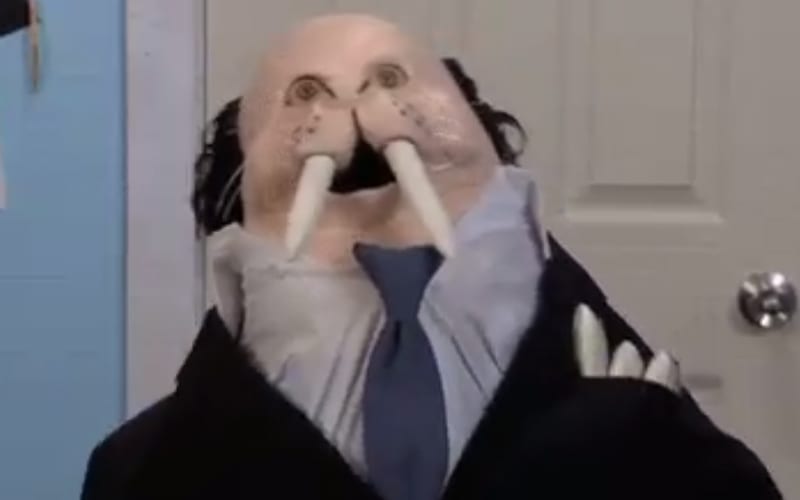 Bray Wyatt promised a new friend for the Firefly Fun House. The next week WWE registered a trademark for Wobbly Walrus. What did WWE have in store for fans on SmackDown?

Click here for our complete coverage of WWE Friday Night SmackDown from this week!

The Firefly Fun House puppets were all gathered as Wyatt greeted the viewers. Wyatt said thanks to Roman Reigns “something very special is missing from the Fun House.” He said how you handle loss defines the person you become. Then it was time to have some fun.

Wyatt said that their new friend has been through a lot. Then he introduced Pasquale The Persevering Parrot, but then the parrot didn’t come out. Wyatt looked down in the box and he discovered that the parrot was dead. “I probably should have cut some holes in this box.” He said. They didn’t show the dead bird, and Wyatt tossed the box aside.

This new friend is a walrus, and he wears a suit. McMahon puppet said it’s “such good sh*t.” As Wyatt said “oh no!” The screen showe

d text saying “to be continued…”

You can check out the full clip below: