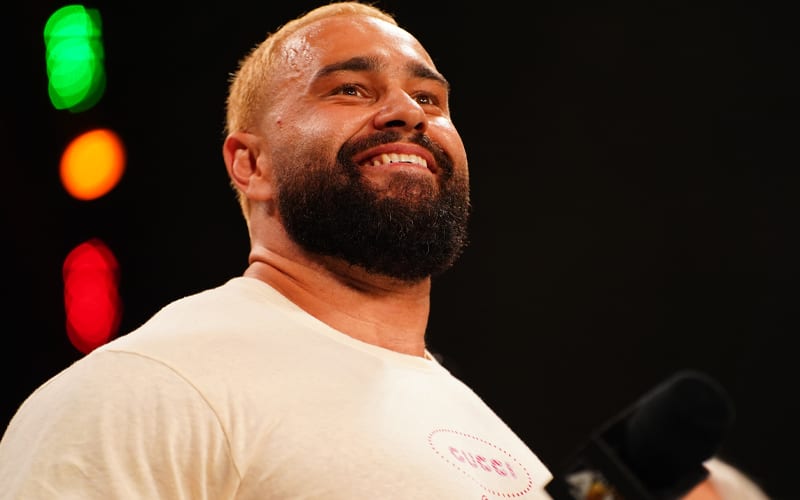 Miro debuted on AEW Dynamite this week, and he did so in style. It didn’t look like his clothing was top dollar, but you’d be wrong if you missed the Gucci logo.

When the clothing that Miro was wearing added up it came to $2,320. Colt Cabana was proud to share that his clothing choice on Dynamite this week cost him $2,300 less than Miro paid for his attire.

Colt Cabana tweeted out saying: “You save when you’re Colt Cabana.” He also itemized his clothing and a majority of the things he was wearing on Dynamite this week were free. He even stole the suit jacket from Excalibur.

Cabana also revealed that he didn’t even have to pay for his flight to Japan to buy those $20 pants. Miro replied saying: “Life is life when you Da Best Man.”

This was a pretty funny comparison and almost as good as when people call out Cabana for being MJF’s dad. MJF still doesn’t like that very much.