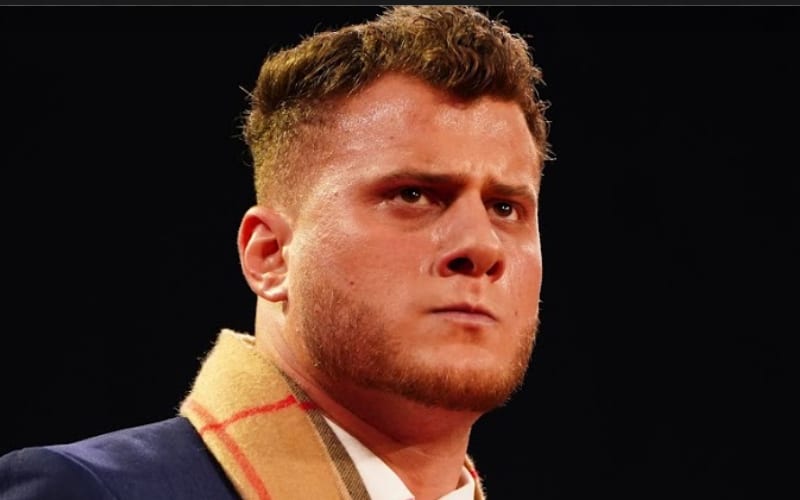 MJF really wants AEW to ban Jon Moxley’s finisher. He started a petition that received over 5 million signatures of support. (Click here to find out how many signatures he really got.) The point is that MJF thinks Moxley’s DDT finisher is too dangerous and he wants to be able to play catch with his son one day.

The Salt Of The Earth tweeted out an image of a father/son game of catch. He also included a caption saying that if Moxley’s Paradigm Shift finisher isn’t banned then it’s all his fault when something tragic happens in the ring.

It’s all your fault dictator Jon.

Fans have often trolled MJF about Colt Cabana being his father. You can check out a video below showing a hilarious exchange they had in the ring prior to AEW. Cabana replied to MJF’s tweet with a picture of himself at the ball-field. He had a Major Figure podcast bandanna over his face as he captioned the tweet with: “Been here all day waiting for you Max.”

MJF’s Twitter account replied back saying that: “Candidate Friedman does not associate himself with cult members-Gum guy 2.”