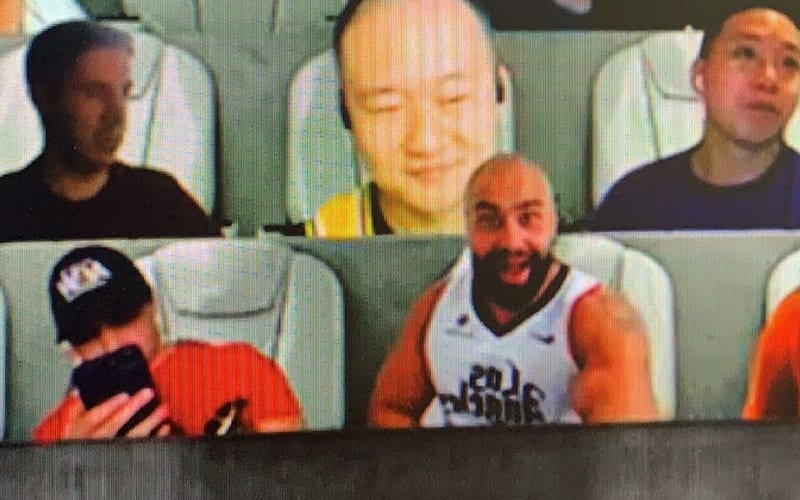 The NBA Playoffs are the reason why AEW Dynamite’s schedule is so uncertain for next week. Miro is now a part of AEW, but he’s also getting some screen time during the Playoffs.

The Clippers took on the Nuggets tonight and the game was on TNT, Miro’s new pro wrestling home network. He got some immediate love from the people running the virtual audience for tonight’s game.

Miro logged in as a virtual fan to watch the Clippers take on the Nuggets and they put him right on the front row. It makes total sense to put Handsome Miro in the front row because he is the Best Man after all.

Miro took a screenshot of his virtual placement during the NBA Playoffs. He put it out on Twitter with a caption reading: “Front roll for my @LAClippers game @NBAonTNT.”

Those would be some high-dollar tickets if they were real seats. Miro could absolutely afford them. He was wearing a $650 t-shirt during his AEW Dynamite debut.