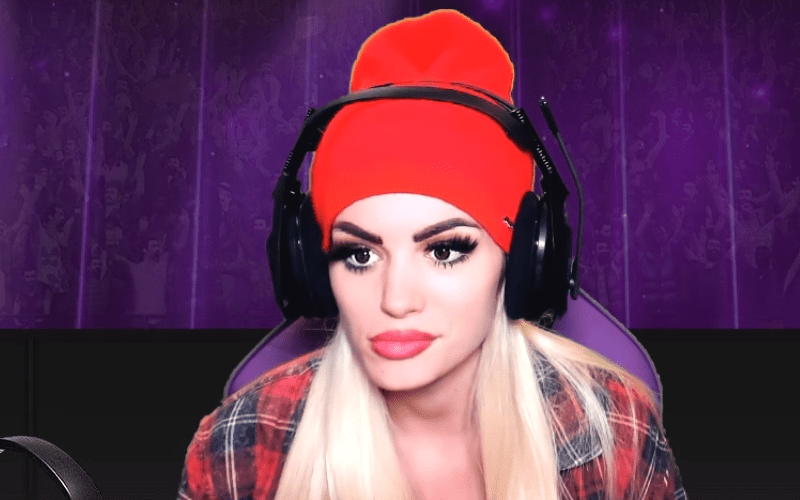 WWE is banning Superstars from third party business, but Paige isn’t leaving Twitch. She made that 100% clear when she said she doesn’t know what she would do without that community.

The thought is that Paige might still have to shut down her Twitch channel if WWE presses her to. The company does own Superstars’ real names. It is in their contracts which you can read here.

Paige spoke out on her Twitch channel to let fans know that she’s not going away. She did have to change the channel name to Saraya Official, and she will need to change her “PaigeMania” graphics as well. She’s not leaving as Paige is just using her real name now.

“Just so you guys know, this is all going to be changed. It’s gonna be changed to Saraya — my real name. We are not going to get rid of our Twitch, we are here to stay. We are not going anywhere. Twitch is our house. I’m the queen of Twitch, so there is no chance in hell we are getting rid of my stream. We’re here. We’re here to stay. No, guys, I can keep it. It’s just Saraya, just have to change it all over to Saraya. … Thank you guys for understanding. I know it’s going to be a little bit weird to get used to Saraya, but it is what it is.”

Paige’s situation was included in Ringside News’ exclusive and extensive report about these third party deals. We exclusively reported that Paige’s Twitch channel isn’t that big of a concern because she’s off television right now. It was still a wise idea for her to change her name on the platform.

This is a very tricky situation, and its not all Lana’s fault. This situation is to blame on a lot of people doing different things that amounted to Vince McMahon being forced to pull the proverbial plug on everything.