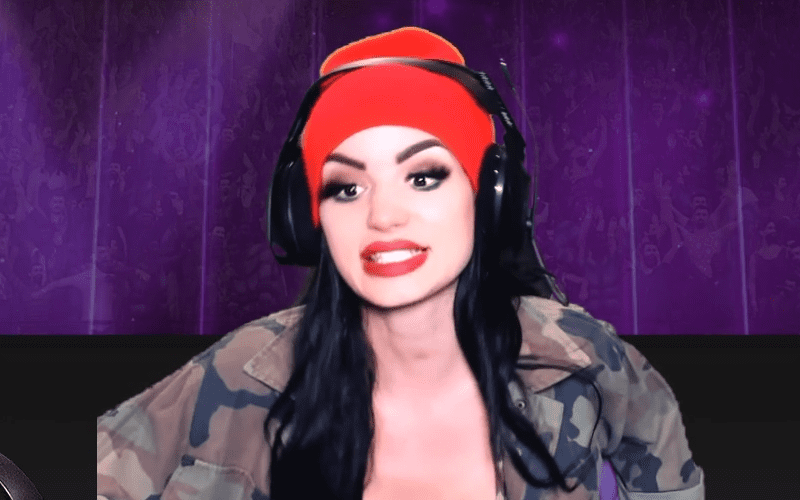 Paige changed her Twitch Channel to Saraya Official. She would have used just “Saraya,” but she said “somebody stole that name.” She didn’t want to change her name on Twitch, but it was a way around WWE’s new ban on third party activity. Apparently, that’s not going to be good enough.

During a recent Twitch stream, Paige called herself the Queen Of Twitch and she made it clear that she’s not leaving. She loves Twitch and the community that she has been able to build. The first-ever NXT Women’s Champion said “I don’t know what I would do without Twitch.” That might not matter to WWE.

During Wrestling Observer Radio, Dave Meltzer said after Paige changed her Twitch name to Saraya, WWE said “that’s not going to fly.” Paige isn’t the only unhappy Superstar in this situation either.

“When Paige switched one of her things [Twitch] to Saraya they were like ‘That’s not gonna fly’ because it’s still banned I guess. Anyway, we’ll see how this plays out over the next whatever, I mean most of the talent is not happy from what I gather.”

There are a lot of unanswered questions in this situation. The general thinking is that WWE was just going after Superstars who were taking sponsorships like Lana did.

Paige has a ton of followers on Twitch who pay to watch her stream and communicate with her. People are pretty upset about this situation, especially Paige’s fans. Vince McMahon probably didn’t even know what Twitch was before this happened, but he’s probably going to find out.