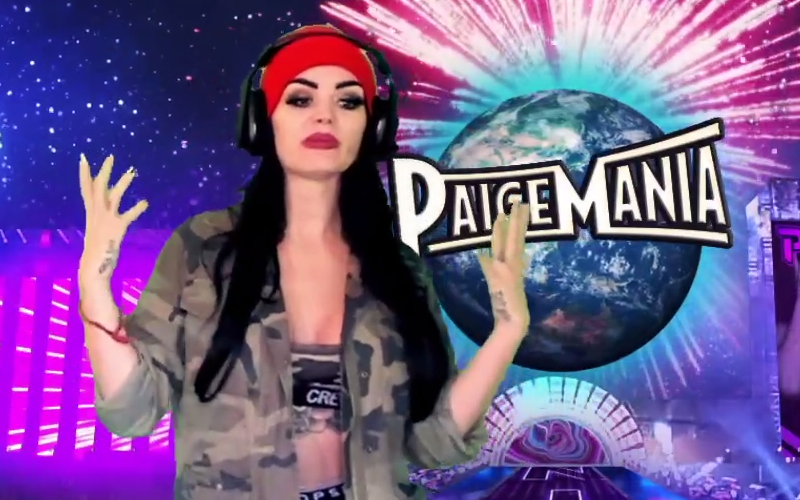 WWE sent down orders that all Superstars must end their third party dealings. This includes Twitch and Cameo as well. Paige isn’t giving up her Twitch so easily.

During a recent Twitch streaming session, Paige had a chance to address WWE’s new policy. She changed her name on Twitch to Saraya to appease WWE, and shes not the only one who utilized this loophole.

“I don’t know what I would do without Twitch,” Paige said on her live stream. She said it’s “more than just social media” as it is a “place where people can come and be themselves” in the community. She praised Twitch’s positive community and everything they offer. She obviously has no plans to leave the platform.

Paige said she “loves Twitch” and she admitted to being stressed out. She said “I love the company I work for, but I also love Twitch, so we’re gonna keep this bad boy.” She called herself the “Queen of Twitch” and said there’s no way she’s leaving.

Her Twitch is now SarayaOfficial. Her “PaigeMania” graphic will also need to be changed as well. She said “Twitch lets me be me completely,” as she explained why she’s keeping her channel alive despite what Vince McMahon said.

We’ll have to see if WWE comes after Paige and her Twitch channel. It’s uncertain if WWE will allow anyone to deal with third parties because the wording in their Superstar contracts gives WWE ownership over their likeness, real names, and any other nicknames they come up with.