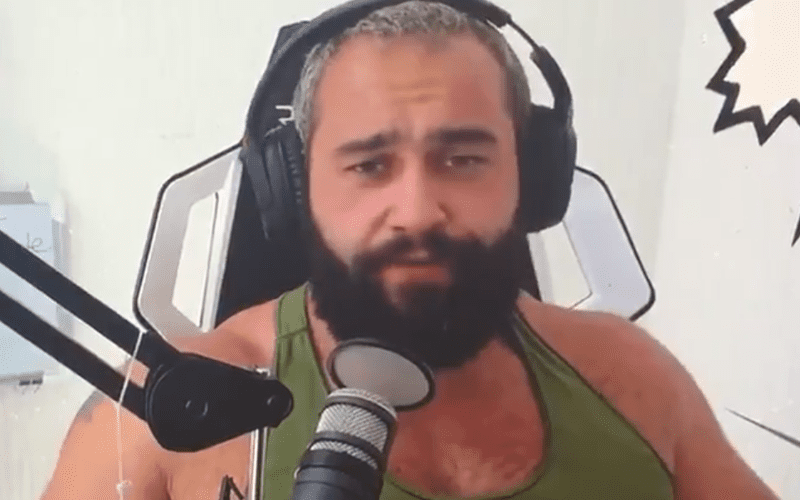 Lana was called out for being the reason that WWE put forth a ban on third party deals. She was furious about that report, and she didn’t hold back. Later on, Miro spoke on his Twitch stream about it, and he had a lot to say as well.

Since Miro is no longer with WWE, he can have a Twitch. He used that platform to verbally eviscerate Dave Meltzer’s report that Lana was the cause of WWE’s new ban.

“Oh the f*cker. The motherf*cker. Whats his freaking face? [Dave] Meltzer, once again put bullsh*t out there once again. I am tired of him. Honestly, get the f*ck out of here. Who the f*ck are you to speak things like that?”

“First of all this isn’t true. One day he’s going to burn in hell. Meltzer, go ahead and collect everyone’s money but let me tell you once you die you are going to go to hell..”

“No, I don’t listen to Meltzer but my problem is people listen to this guy. He has a personal agenda because he’s got something against CJ.”

“This guy has no knowledge. He has zero knowledge. Yeah, he’s got people from the office that feed him meaningless stuff.”

“I’m not the first person to call you out and I won’t be the last one but F*CK YOU!” “I don’t think there is a single story out there from Meltzer that has been true. He has no information, zero!”

Miro is standing up for his wife in this instance. She wasn’t the only person to blame for WWE putting a ban on these activities. AJ Styles also caused a lot of attention for himself when revealing secure information like his positive coronavirus result and his beef with Paul Heyman.