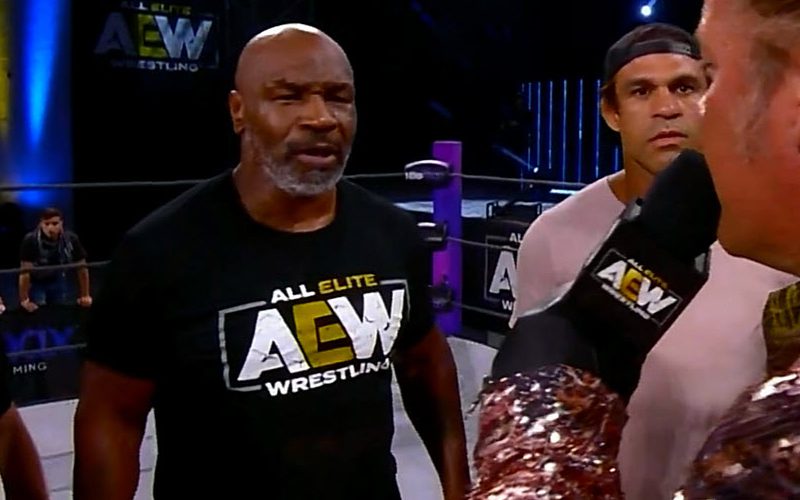 AEW All Out is taking place tonight. We will have full coverage right here at Ringside News. Click here for more information on the card and start time.

Mike Tyson showed up at Double Or Nothing, and a tease was dropped that he could face Chris Jericho down the line. The thought was All Out might be a destination for the two to collide, but that wasn’t booked.

During Wrestling Observer Radio, Dave Meltzer noted that Chris Jericho said that there were plans for Mike Tyson at All Out. Then Tyson’s fight against Roy Jones Jr was announced and Tyson plans went away.

There are still plans to have Mike Tyson return to AEW and have some kind of a match with Jericho. Tyson and AEW are still apparently talking about it.

It was also noted that Tyson likely didn’t want to appear during two events in such a short time because it would “diminish his brand,” Meltzer noted this was especially true since one of those events is pro wrestling.

Mike Tyson’s fight with Roy Jones Jr was pushed back to November, but AEW had already moved on from the idea for All Out. They decided to stretch Jericho’s feud with Orange Cassidy into three matches.

Chances are very good that Jericho and Tyson will eventually get a chance to finish things in an AEW ring. Tyson at All Out isn’t likely, but you never know what Tony Khan can arrange with his private plane. He was able to get Jericho to All In and then back in time for a Fozzy concert.