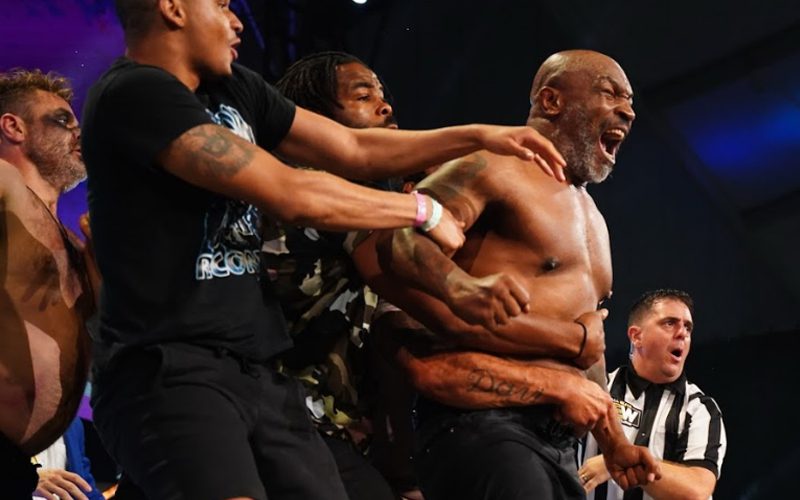 AEW was able to get Mike Tyson to come in for Double Or Nothing. He even stuck around and taped an angle with Chris Jericho on Dynamite. An AEW return for Iron Mike any time soon just got a lot less likely.

Kevin Iole reports that Mike Tyson has agreed to fight in an 8-round exhibition fight against Roy Jones Jr. This is a huge fight and will make a ton of cash for everyone involved.

It is very exciting and incredibly interesting that the 54-year-old boxing legend is getting back in the ring. He’s in fantastic shape as he showed when ripping his shirt off during his tussle with Le Champion. Let’s see if Tyson still has what it takes in the ring.

Tyson’s return to the boxing ring likely means any AEW plans are on the back burner. He will need to focus on training for his fight against Roy Jones Jr.

That being said, Mike Tyson has a reputation of doing whatever he wants. If Iron Mike wants to fit AEW into his schedule then it’s going to happen. His boxing trainers would probably advise against it.