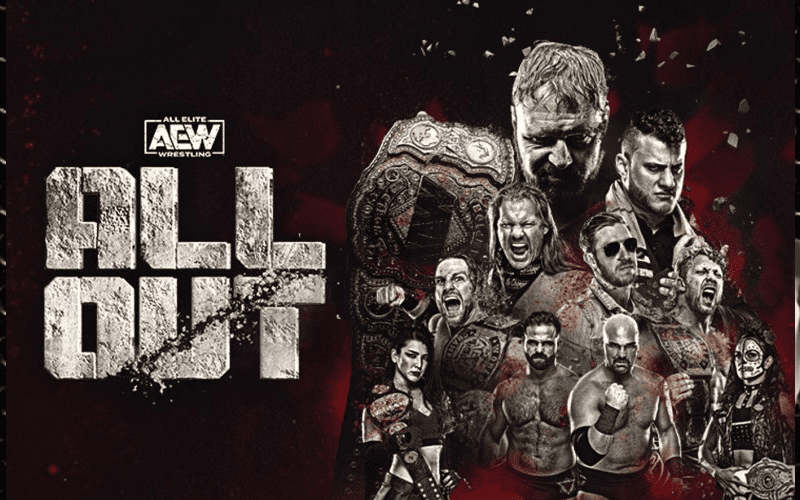 AEW is bringing their second pay-per-view during the pandemic, but they will have live fans in the building this time. Tony Khan revealed that they sold more tickets for All Out than for previous Dynamite tapings, and they’re all sold out.

The event will start at 8:00 PM EST with a one-hour BUY IN show starting at 7:00 PM EST. One BUY IN match has been revealed as Private Party will take on 3 &4 of the Dark Order.

Britt Baker and Big Swole’s Tooth And Nail match was moved to the main card from the BUY IN.

Also, FTR will have a chance to snag tag team gold from Hangman Page and Kenny Omega. Another big highlight of the night will be Chris Jericho vs Orange Cassidy in a Mimosa Mayhem Match.

You can check out the entire card below. The only AEW title not on the line is Brodie Lee’s AEW TNT Title which he recently won from Cody Rhodes. Brian Cage’s FTW Title also isn’t being defended, but he will be in the Casino Battle Royale match.