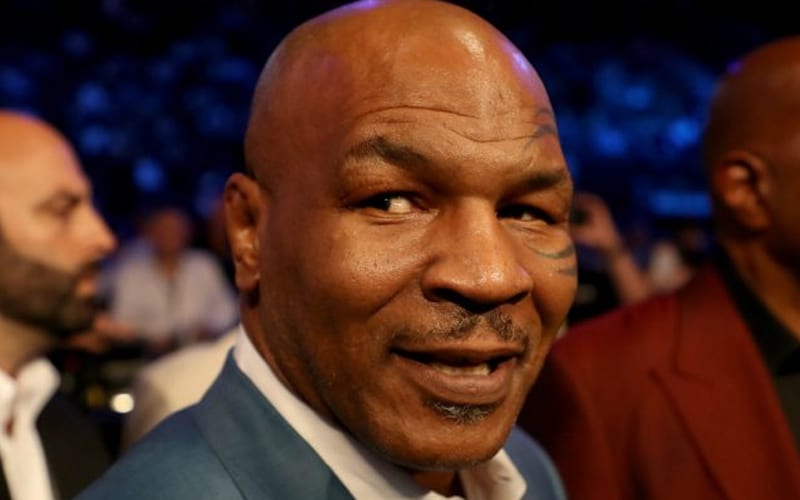 Mike Tyson and Chris Jericho looked as though they were headed for some kind of confrontation at All Out. This possibility was squashed when it was announced that Iron Mike was fighting Roy Jones Jr on September 12th. Now that fight has been pushed back.

Le Champion of AEW recently spoke about fighting Tyson. He said that their story is not over. Then he said that if All Out can’t happen for them on September 5th then AEW has another pay-per-view in November.

The reason for Tyson vs Jones being pushed back was not revealed. Mike Coppinger of The Athletic tweeted out that their fight will not happen until November 28th now.

The exhibition between Mike Tyson and Roy Jones Jr., scheduled for Sept. 12 in Carson, California, has been postponed, sources tell The Athletic. The new tentative date for the event is Nov. 28

It’s unclear if AEW would be in a position to call up Mike Tyson and see if they can make All Out happen. This is a very interesting situation and we will continue to monitor these events right here at Ringside News.