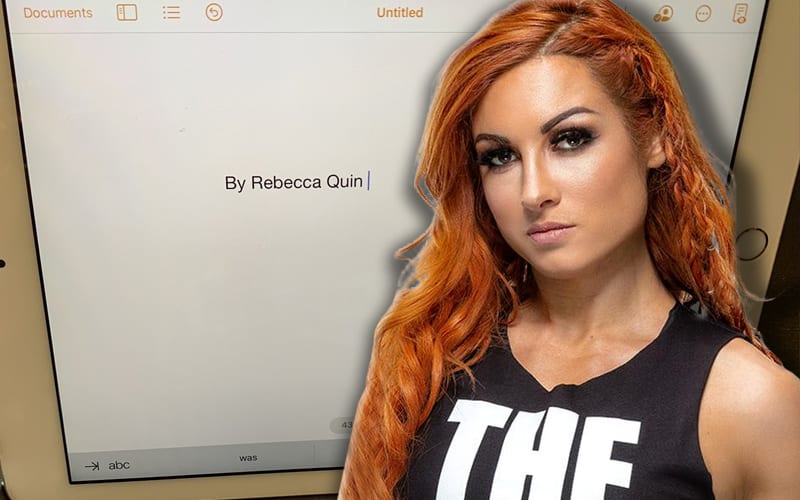 Becky Lynch is at home right now waiting on her and Seth Rollins’ bundle of joy. She had some time to kill, so she put out a little literary tease. Then she followed that up with a bit of clarification.

The Man tweeted out a screenshot that gave the impression she was working on some new project. It turns out she might have just been amusing herself. She tweeted a second post out saying:

My bad, I left out the title in my last post.

I miss you all.

The screen had additional words this time to include a title of her project: “Toast and Me, A Study in Seven Volumes.” Lynch loves her toast, and apparently, she’s ready to provide a study to prove it.

This was all in good fun, but she does miss the fans. Let’s see what Becky Lynch comes up with next to get everyone talking.