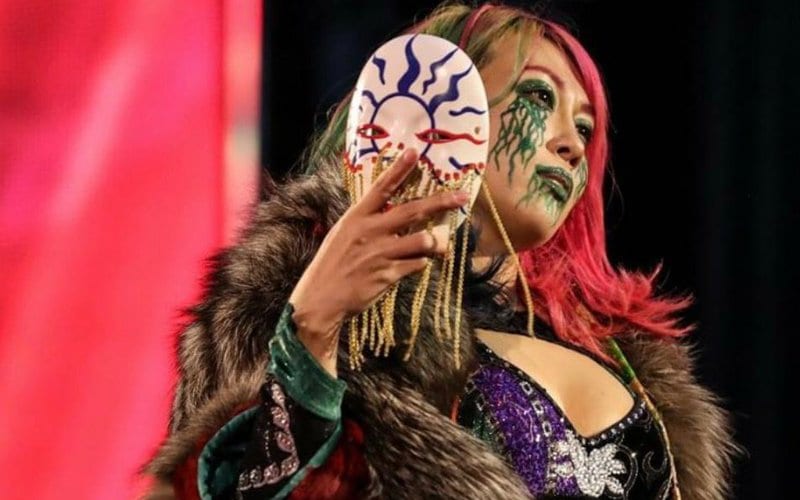 Asuka loves video games. She bought herself an awesome Street Fighter cabinet after winning the RAW Women’s Title at Money In The Bank. Now she is ready to take two titles at SummerSlam.

Click here for our unpredictable coverage of WWE Friday Night SmackDown from this week.

The Empress Of Tomorrow tweeted out to compare her title chases with Pokemon. She used to play the Red and Blue versions of Pokemon. Now she wants to catch them all in WWE.

Back in the day, I got Pokemon Red and Blue.

Next, I have to get WWE red and blue.

Banks and Bayley weren’t too happy that Asuka will face both of them at SummerSlam. It might be a long night for Asuka, but the odds are good that she will leave the Amway Center with at least one title.

Vince McMahon was reported really high on Bayley during a recent creative meeting. It will be worth paying attention to which one of the Golden Role Models drops their singles title if it does happen.