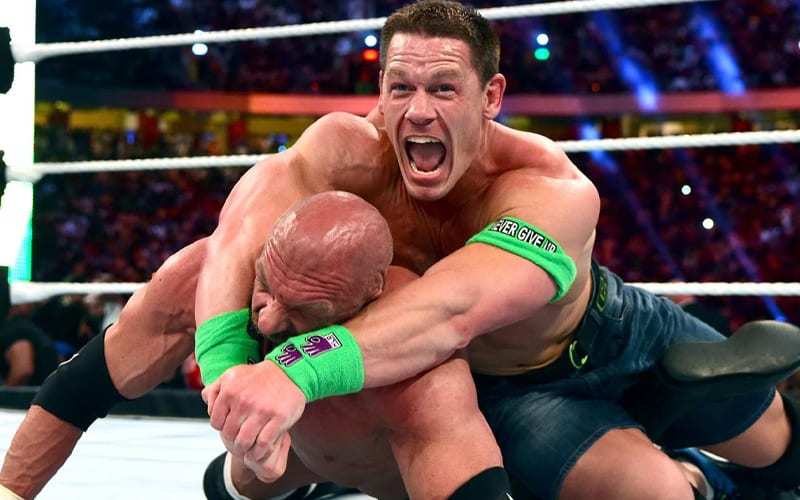 WWE has produced a few crossover Superstars. Charlotte Flair could be the latest as many have said she has the capability to leave WWE if she wishes. John Cena is obviously a name that isn’t coming back to WWE full time due to his success. The Rock dwarfs everyone else when it comes to what he has achieved.

During The Ryback Show, he relayed a story about something that Triple H told him when contracts talks were coming up. The Game apparently told Ryback that WWE is never going to have another John Cena level Superstar. Therefore, Ryback should stop looking for such a high payday.

“He (Triple H) goes, ‘Ryan,’ and he was just shooting me straight, he goes; ‘we’re never gonna have another marquee name after [John] Cena ever again. He’s the last one.”

This conversation came up while Miro was on the show. The former Rusev had his share of frustration and he revealed a time when he knew that his time in WWE was done. Miro had shoulder surgery and nobody from the WWE office would even call him to check up on him.

We’ll have to see if WWE ever produces another John Cena level Superstar. It doesn’t sound like Triple H was too certain of it. Or, he could have possibly been trying to make an excuse so the Big Guy would stop asking for such a large payday.