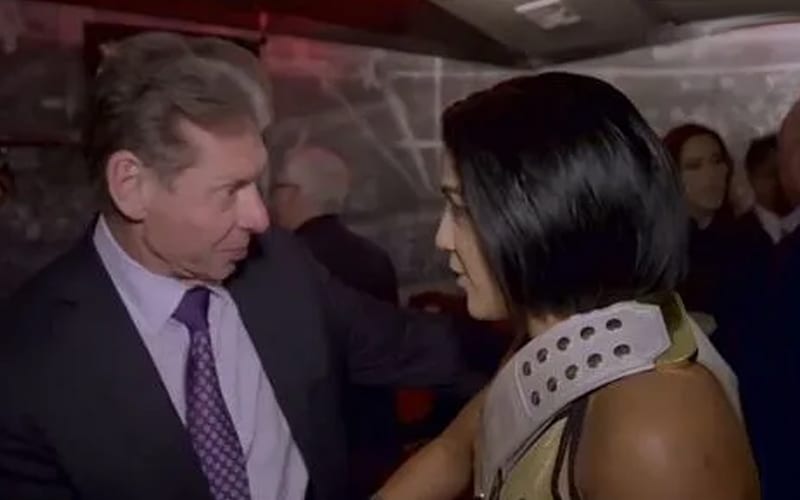 Bayley is experiencing a great run as 1/2 of the Golden Role Models with Sasha Banks. This push in the company obviously came with Vince McMahon’s blessing.

The Chairman has been in a very interesting mood recently. He’s been nixing creative projects and writing his own stories off the top of his head. He had a phone call with the writing team last Friday night where he destroyed practically everything they wrote for the next week’s shows.

The Wrestling Observer Newsletter noted that Vince McMahon did have a couple of nice things to say on the July 31st phone call. That four-hour call saw McMahon drag a lot of people, but he did put over Bayley in a big way.

McMahon reportedly “talked forever about how much he loves Bayley and her new persona.” That heel character took a lot of work for Bayley and a huge leap of faith as well. Obviously, things have paid off for her.

Bayley wasn’t alone in receiving McMahon’s praises as he was also very high on Bianca Belair and Peyton Royce as well.