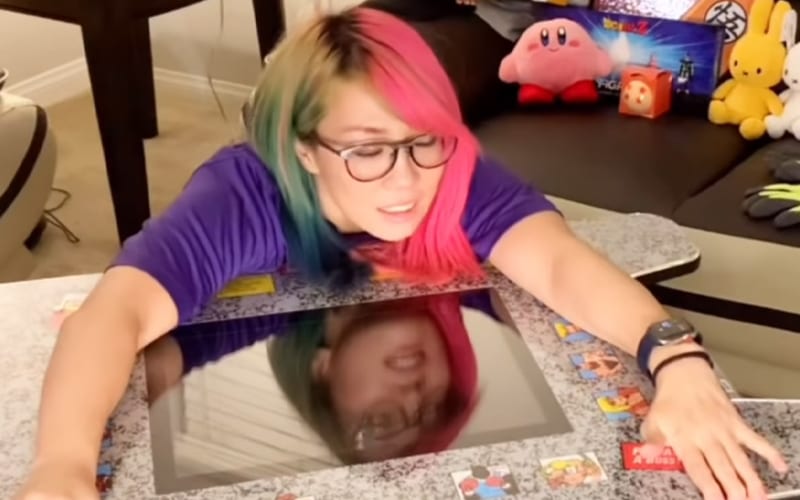 Asuka won the RAW Women’s Championship at Money In The Bank without even realizing it. She treated herself with buying a Capcom gaming table. Some assembly was required.

In a recent video to her Kana Chan TV YouTube Channel, the RAW Women’s Champion opened her new toy. She was also tasked to put everything together. She came prepared and even had gloves to wear when taking everything out of the box. It was a lot of work, but she was finally able to pull it off.

Asuka shot this video by herself, but she used two cameras. She’s still using social distancing and being safe, but now Asuka has a new gaming system to entertain herself.

It took a lot of work and Asuka had to take a break to read the instructions, but she got her gaming table working. It was a successful day for the Empress Of Tomorrow. The look on her face when that table first came to life was pretty priceless as well.