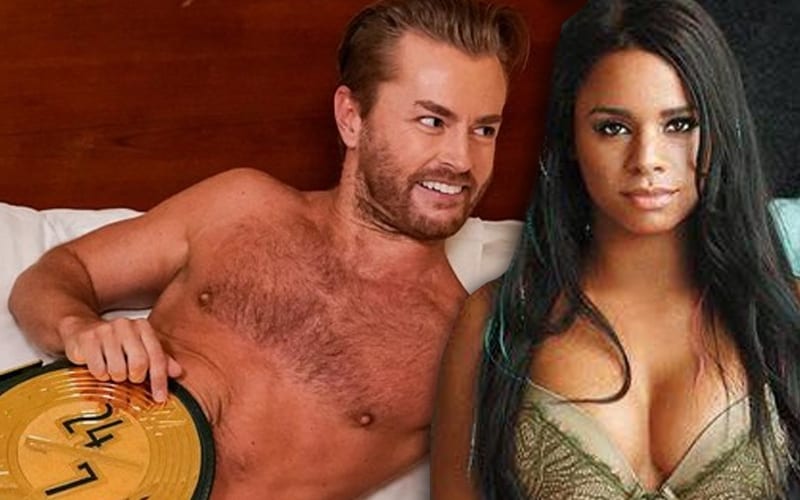 Drake Maverick and Renee Michelle’s wedding was featured on WWE television as the backdrop for a WWE 24/7 Title angle. He wanted to bring a lot more to WWE television.

Maverick chased R-Truth for a longest time and that hunt for the WWE 24/7 Title made a lot of fans pay attention to a title they had previously dismissed. The B Plot with Drake Maverick and his wife Renee Michelle was also scandalous as she refused to consummate their marriage until he was the champion.

While speaking to Metro, Drake Maverick revealed a story idea that WWE didn’t run with. He wanted to parody Edge and Lita’s famous Live Sex Celebration. Only this time, he would be in bed with his real-life wife.

The one I pitched was the live consummation celebration which was supposed to be a spoof on the Edge and Lita one, which was very PG but you could imagine Drake Maverick stripping off for his wife, trying to take his pants off and falling over, then getting back up like it didn’t happened,’

WWE didn’t go with the idea and we’ll never know the exact reason why it was rejected. Perhaps Vince McMahon wanted to keep the joke running that Maverick married Renee Michelle, but he couldn’t seal the deal.

Maverick’s story continued in WWE until he was released. Then another viral video got the attention of WWE’s top brass enough that he was given another chance in NXT.

How do you think Drake Maverick and Renee Michelle’s live marriage consummation would have turned out? Sound off in the comments below!