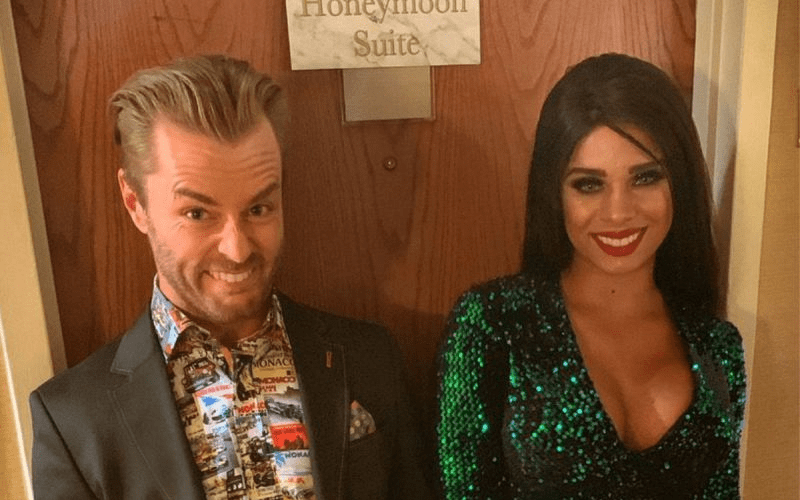 Drake Maverick really wants to sleep with his wife, but she’s only attracted to him if he’s a champion apparently. It makes you have to wonder what brought Renee Michelle to Drake Maverick when they first met.

Maverick was the WWE 24/7 Champion for a short time recently, but it just wasn’t the right time of the month for their marriage bed.

He revealed everything on social media and he doesn’t seem happy about the fact that he lost the WWE 24/7 Title once again. Now he will have to wait even longer to consummate his marriage.

From the amount of NOSEY people asking me on “social media” – I beg to differ.

Her Auntie stayed on the sofa all week. Couldn’t function in my own home. Asked to get her a hotel & she frowned at it because our food was free.

This is what kind of person I dealt with ALL WEEK.

We’re still rooting for Drake Maverick and this was a genius bit of storytelling from the former Rockstar Spud as well.

It seems like WWE is okay with this development, because the company’s official Twitter account fired off a retweet on this one so we’re going to count it as WWE canon now.