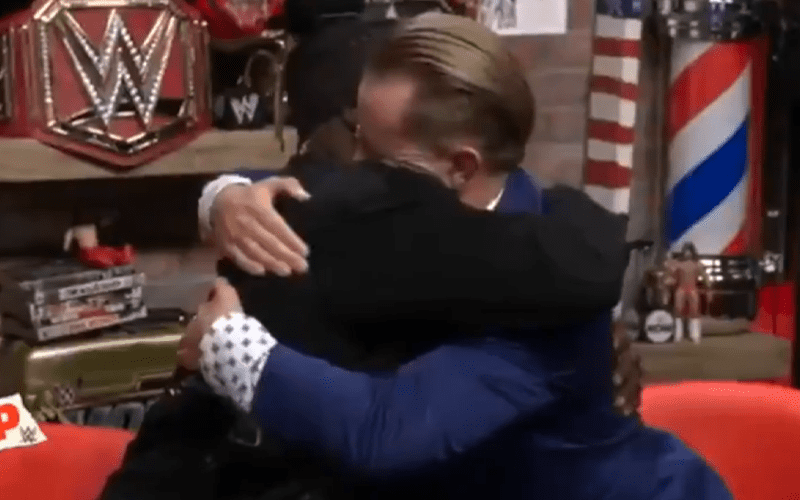 Drake Maverick was moved to SmackDown and R-Truth was called to RAW during the WWE Draft. This seemingly split up the two who had a number of hilarious vignettes and on the fly “matches” for the WWE 24/7 Championship.

During today’s episode of WWE’s The Bump, the two hugged it out after Drake Maverick laid buried the hatchet.

We’ll have to see what’s next for the WWE 24/7 Title now that Sunil Singh is the champion. Now neither Truth nor Maverick hold the title that they played countless games of roadrunner and coyote over.

It’s good that these two were able to mend things as they shared quite a moment on The Bump.