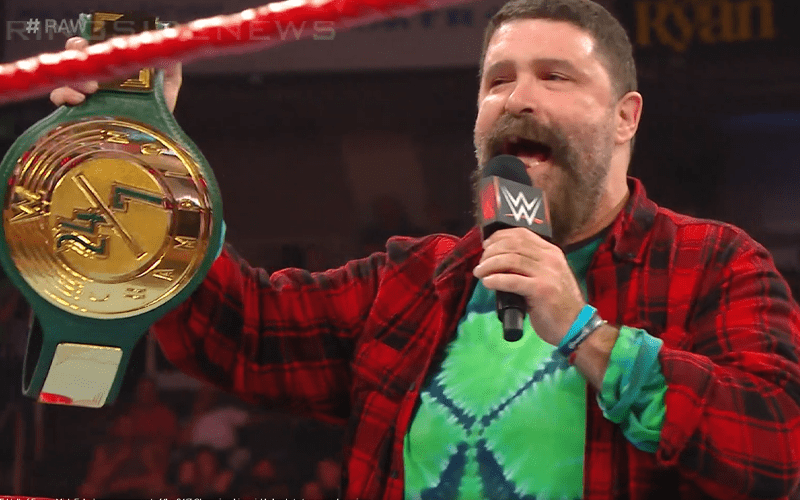 Mick Foley was given a daunting task on RAW last week as he presented WWE’s newest title. The biggest issue with this situation wasn’t the WWE Hall Of Famer in the ring, but the title he was presenting.

While speaking to Busted Open Radio, The Mickster revealed that the title’s design was the “least of the issues.” Because no matter what kind of title he pulled out of the bag he had people wouldn’t have cared.

Foley said that the serious introduction of a comedy title didn’t seem to work, but he is remaining positive that the WWE 24/7 Title will eventually catch on.

“The title design was the least of the issues. No matter what I pulled out,unless it was the old Hardcore Title, was going to be met with disinterest. It’s still kind of frustrating — not just frustrating, but terrifying — when they’re not buying what you’re selling. I look back and I would have changed so many things. I wouldn’t have come out with real serious intent when it’s going to be a humorous belt.”

R-Truth is doing a great job as WWE 24/7 Champion and has taken advantage of the title with his own brand of comedy. However, it’s unknown how long he will hold it seeing how Truth could drop the title at any moment that someone catches him in the same room as a WWE referee.