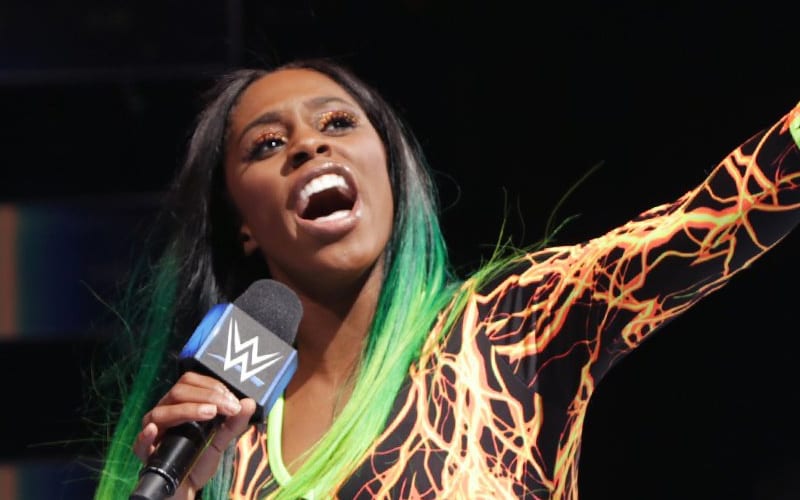 Naomi was the topic of many conversations in the past week. Fans cried out that Naomi deserves better and WWE just announced a special episode of Miz TV this week with The Glow as his special guest.

WWE recorded SmackDown last week, so this was taped prior to the #NaomiDeservesBetter controversy. It will likely bring a lot of focus to this segment.

The Miz & John Morrison always have the finger on the pulse of sports-entertainment, and they’ll be joined by last week’s center of attention when Naomi stops by “Miz TV.”

Booker T caused a stir when he spoke unfavorably about #NaomiDeservesBetter. This was followed by Sasha Banks telling Naomi not to listen to people with worthless opinions.

We’ll have to see what’s next for Naomi this week. She is going to get some extra airtime on SmackDown in a segment with the A-Lister and John Morrison.