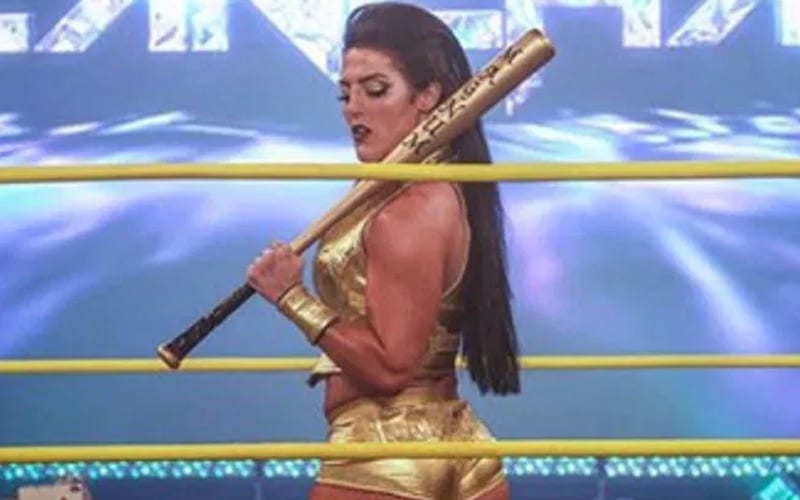 Tessa Blanchard was fired from Impact Wrestling as their World Champion, but her story is far from over. The 24 year old wrestler has interest elsewhere, including WWE.

Blanchard’s name is controversial depending on which section of the fan base she is discussed in. Some people will never forget the allegations about her backstage bullying. She adamantly denied that she ever used a racial slur in such a way as she was accused.

During Booker T’s Hall Of Fame Radio Show, the two-time WWE Hall Of Famer discussed Blanchard. He can’t wait to see her versus Charlotte Flair. He also wishes that Brooke Hogan would have stayed in wrestling to give fans a historic second-generation triple threat match.

“The name ‘Tessa Blanchard’, that’s money. We can do something with this anywhere in the world. Tessa Blanchard, she’s a catch in anybody’s company if they can get her right now.”

“If WWE picked Tessa Blanchard up along with Charlotte Flair? I wish Hogan’s daughter had stayed in there because that’s what I want to see: the second generation with all women. To be able to slide right in there, she’s gonna be a star immediately. We’re gonna get a chance to see how good Tessa Blanchard really is.”

Brooke Hogan never really dedicated the energy into pro wrestling as Flair and Blanchard did. She eventually found her own path through life. That won’t stop Booker T from being plenty excited about the possibility of two Horsemen’s daughters locking up in the squared circle.

Do you think Tessa Blanchard will end up in AEW or WWE? Will ROH swoop in and sign her instead?? Sound off in the comments below!