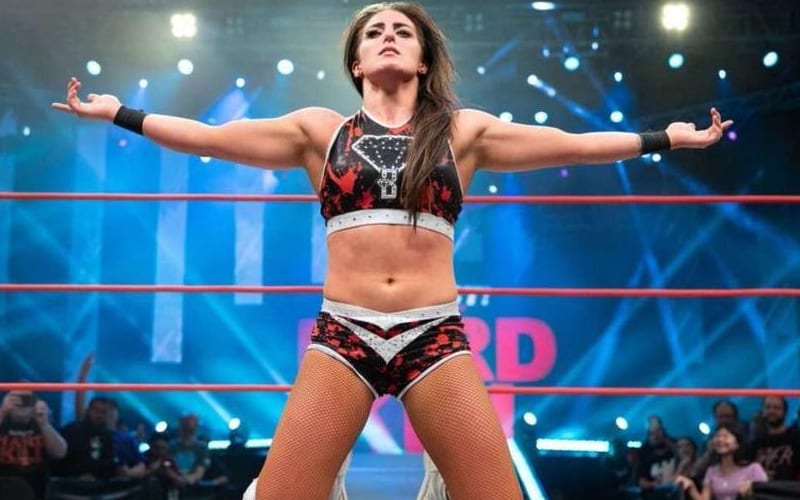 Tessa Blanchard was fired from Impact Wrestling as their World Champion. The first female to hold the company’s top title never officially lost it. That saved them the trouble of having to book a title change, but it also means Blanchard is a free agent.

During Wrestling Observer Radio, Dave Meltzer stated that there is interest from other companies. WWE is in the picture, but he’s not too sure about AEW. All Elite Wrestling seems to have a different standard that they follow.

“I know she’s got feelers out for WWE. I don’t know about AEW.”

It was noted that if WWE signed Blanchard then nobody is likely to say anything about it. On the other hand, if AEW signs Blanchard “I think people go berserk on AEW signing her.”

It was then noted that there is a different standard for AEW fans. Blanchard’s past locker room behavior might cause an issue. They seem to have a different opinion on social responsibility within that fan base.

We’ll have to see where Tessa Blanchard shows up next. She’s not leaving Mexico for the time being. Once she does return to the USA odds are some company will want to ink a deal with her.