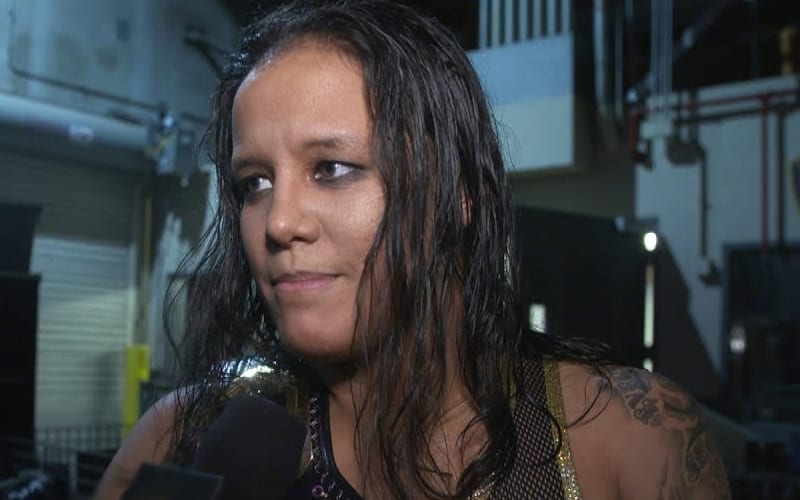 WWE’s NXT brand was very good for Shayna Baszler. She was a monster and held the black and gold show’s Women’s Title for 549 combined days. Then her main roster call-up finally happened and Vince botched her debut with a vampire angle.

Becky Lynch revealed that she pitched for Baszler to beat her at WrestleMania. Baszler’s last notable appearances included bashing The Man for becoming The Mom.

Baszler was set to win the 2020 Royal Rumble, but the win was given to Charlotte Flair as a means to get her to NXT. Then Baszler was slated to win the Money In The Bank Match, but the stakes were changed with Becky Lynch’s pregnancy. Asuka won the briefcase and the Raw Women’s Title instead.

Ringside News has learned that Shayna Baszler is still around. She is currently “on the sidelines.” No mention of an injury was made.

There are ideas for her in WWE. McMahon doesn’t like any of the ideas he is hearing. We were also told that “she was a Heyman project.”

There are some ideas for Baszler that have been pitched internally. We were simply told that it’s “nothing that Vince has signed off on yet.”

We will keep monitoring this on-going story right here at Ringside News.