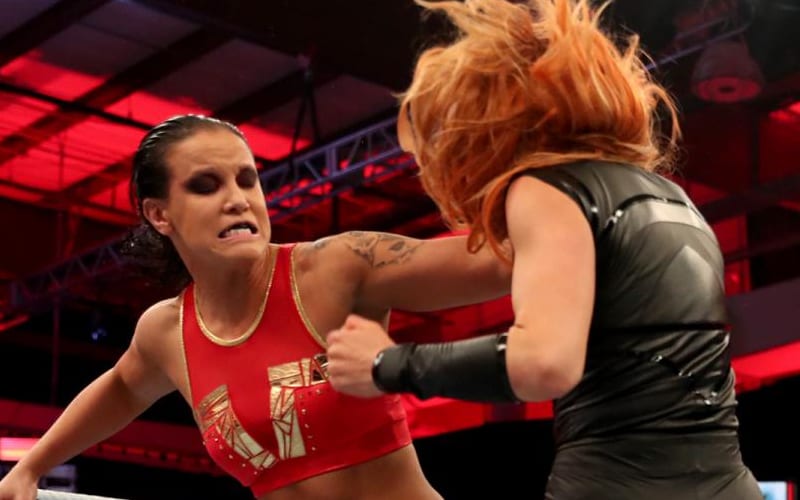 Becky Lynch discovered that she is pregnant and that means the Man will soon be The Mom. Shayna Baszler thinks that’s garbage and Lynch is pretty irresponsible.

While on The Bump, The Queen Of Spades was asked about her controversial take on Becky Lynch’s pregnancy. Baszler previously cut a promo on RAW where she said “that kid’s gonna suck.”

Baszler 100% backed up her previous stance about Becky Lynch and Seth Rollins’ upcoming bundle of joy. She then expanded on how Becky Lynch is irresponsible and set a terrible example for getting pregnant as champion.

“No — I think it’s garbage. What are we treating?! Irresponsibility?! She had responsibilities to uphold as the champion of the division. You know what I mean? Take care of your responsibilities first. Don’t leave the division in an uproar and hand your title away to whoever you feel. It’s ridiculous, but everyone’s like ‘It’s so wonderful la la la la la,’ but if that was your daughter you’d smack her up side the head like you need to be smarter. It’s such a double standard.”

Becky Lynch and Seth Rollins’ baby is due in December. The Man might need a lot of motivation to make it back to the squared circle, but those comments from Shayna Baszler will probably help a lot.