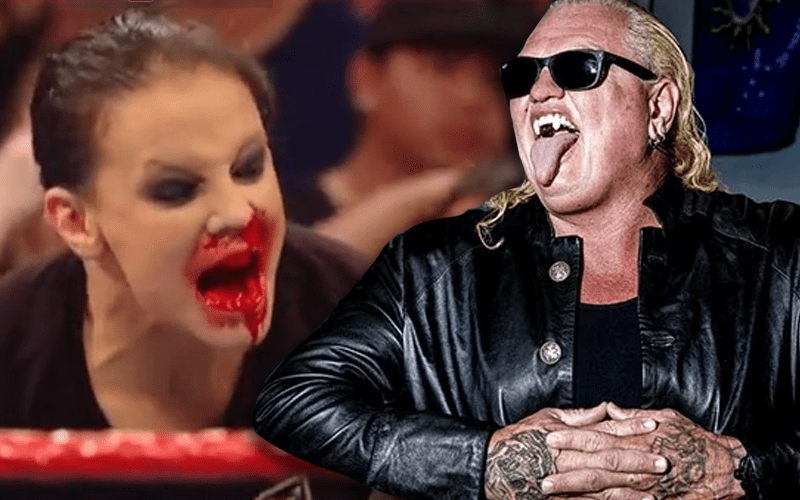 Shayna Baszler certainly made a big impression on the main roster when she arrived on RAW this week. The Queen Of Spades was expected, but nobody thought she would go all True Blood on Becky Lynch.

Baszler bit the back of Becky Lynch’s neck and there was blood everywhere. When Shayna Baszler lifted her head up, she had blood all over her face. She gave a scream looked just like a vampire. The company had to edit the footage big time.

WWE fans aren’t ones to forget gimmicks. They took to Google and started searching for the Vampire Warrior Gangrel. We’re not sure if they thought that there would be a correlation. Perhaps they were all just looking for photos of Gangrel so they could get to work on making new memes with Baszler as part of the Brood.

You can check out a screenshot of the Google search trend below. It’s easy to notice that people were suddenly really interested in what Gangrel is up to now at around 8:36 when Baszler took a bite out of The Man.