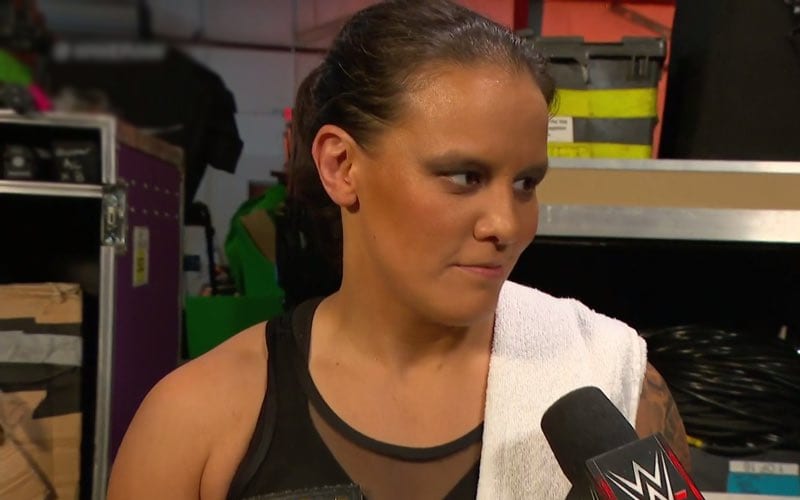 Becky Lynch opened up WWE Raw with a very happy announcement about her pregnancy. Shayna Baszler was listening, but she wasn’t too thrilled for her.

Shayna Baszler cut a promo backstage during Raw. She didn’t have any congratulations to spread. Instead, she wondered, “how stupid do you have to be to get knocked up while you’re champion?”

“Reaction? How stupid do you have to be to get knocked up when you’re the champion? Here’s a fact: 10 out of 10 mothers will try to convince you that pregnancy didn’t ruin their career.”

“You’re trying to tell me that Becky Lynch becomes the longest reigning Raw Women’s Champion and throws it all away just to house some miserable parasite?”

“Imagine The Man barefoot, fat on the couch eating Bon Bons. Yeah, that kid’s gonna suck. You know who the father is? Yeah, I rest my case.”

After throwing some more shade Becky Lynch’s way, Baszler said, “that kid’s gonna suck.” She then questioned who the father of The Man’s baby is.

Seth Rollins is the father of Becky Lynch’s baby. This was mentioned on Raw when Rey Mysterio congratulated him. Rollins didn’t say anything before walking away.