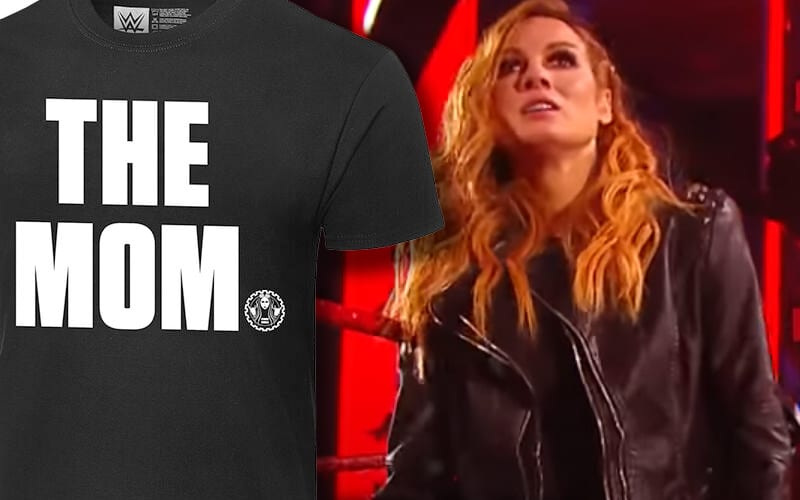 WWE lost a big piece of their roster this week on Raw. They were able to turn that announcement into some cash.

Becky Lynch is pregnant. She is leaving WWE for a while, but her merchandise keeps coming. The Man is going to be a mom. Now WWE fans can wear this fact around with new “The Mom” t-shirt.

WWE put out two designs for The Man. One t-shirt says “The Mom” and the other says “The Man” with the “N” empty so it looks like “The Ma.”

It will be a while before Becky Lynch makes her return. At least she was able to get one more wave of merchandise on her way out.