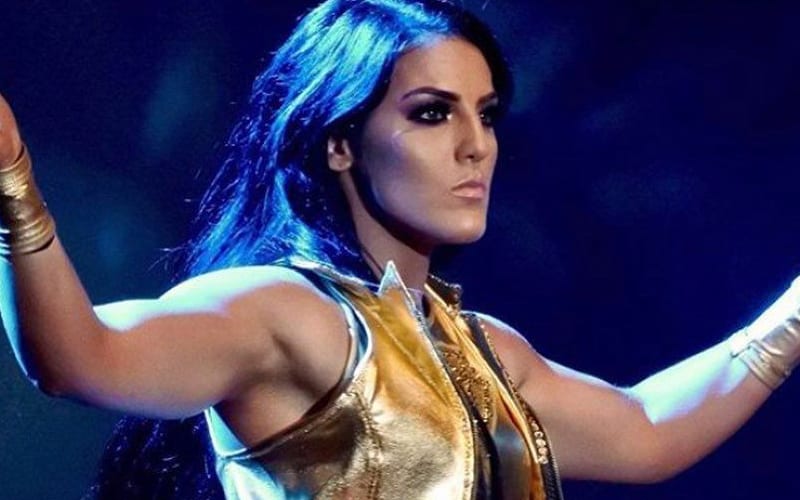 Tessa Blanchard was fired from Impact Wrestling as their top champion. She didn’t want to make the trip from Mexico, but there were some in the company who didn’t expect her to make it to Slammiversary anyway.

Now it seems that WWE is in the picture for Tessa again. We previously noted why Blanchard is more likely to wind up in WWE rather in AEW despite her father Tully Blanchard working there.

Blanchard has no non-compete clause from Impact Wrestling. This means she can start working tomorrow if she wants to.

Alex McCarthy of Talk Sport got on Twitter and he confirmed that Tessa Blanchard’s likely landing pad will be WWE. It’s still very early in the process, but there is definite interest from WWE to sign the 24 year old former Impact World Champion.

Tessa Blanchard has a lot of stories about her past which might hinder an AEW move at the present moment. WWE seems to be a different story.

It should be noted that Blanchard was loved by Impact Wrestling fans at the live events following those accusations going public. She had the crowd behind her despite everything about her online.

We’ll have to see where Tessa Blanchard lands next. Odds are she will be in WWE eventually, but a lot needs to happen before that can take place.