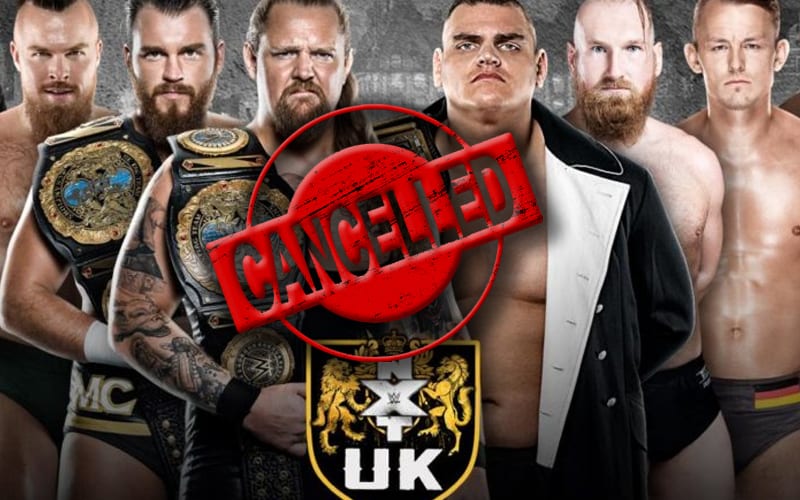 WWE NXT UK had to cancel their last set of television tapings. There is no date set to film new episodes. The roster also saw a couple releases and a few other accusations as part of the Speaking Out movement. Is WWE considering pulling the plug on NXT UK?

Both Ligero and Travis Banks were released from WWE NXT UK. They were both had varying allegations come out about them as part of the recent wave of allegations.

There is a rumor floating around online that WWE is cancelling their NXT UK brand. Alex McCarthy of Talk Sport got on Twitter and cleared up this rumor.

I’m also told WWE are not looking at cancelling NXT UK in the short term/near future. Pretty emphatically, too.

This is good news for NXT UK fans and wrestlers. It still doesn’t answer how soon until WWE starts producing new content for their United Kingdom brand.

NXT UK had a lot of things in the works, but now those angles might be nixed along with their TakeOver event and so many weeks of new content. At least WWE isn’t looking to cut the brand due to inactivity.