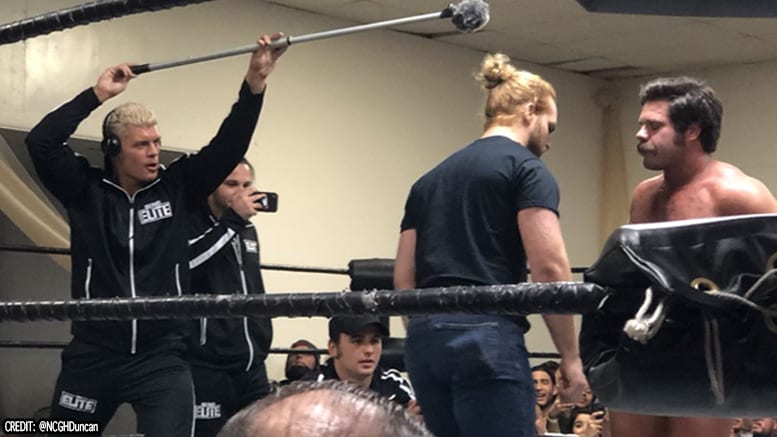 Joey Ryan has been accused of sexual misconduct by over a dozen victims. Ryan has since deleted his Twitter, just like David Starr did before him.

Ryan was good friends with the cast & crew of Being The Elite YouTube series. Amidst this controversy, The Elite has announced that they will not be uploading a new episode of the series for the time being.

Ryan was a big part of the show for a while. Now, the Elite has taken down multiple videos that featured Ryan.

On Wrestling Observer Radio, Dave Meltzer and Bryan Alvarez talked about the Joey Ryan controversy. Meltzer said that the Elite was “devastated” to learn about Ryan’s actions outside of the ring and that none of his friends knew about his behavior.

Meltzer said that most people just took Ryan as a “socially awkward, kind of weird guy”.

They all said the same thing about Joey, which was, ‘Seemed like just kind of a socially awkward, kind of weird guy,’ but nobody suspected anything. I mean he went to people’s weddings. He knew them. They had known them forever. They were shocked and devastated by all of this. The idea that this was some kind of open secret in wrestling, no it wasn’t.

I guess it was among some women who spoke to each other, but never told anyone else. Because I know — I know people who were really good friends with Joey Ryan; like really good friends. And what you can you say? They’re stunned. So yeah, as much as anyone, that may be the one that shocks people the most as far as those guys we’re talking about.

Ryan has been fired from Impact Wrestling and his Bar Wrestling promotion has also been shut down.