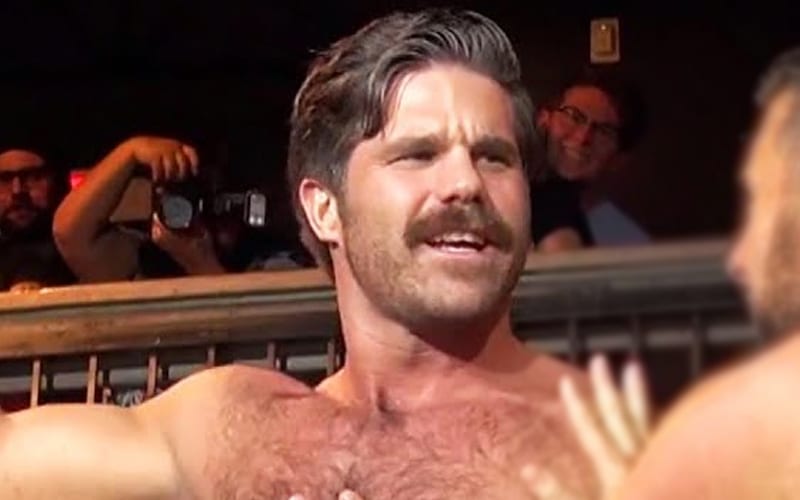 Joey Ryan was a big subject of the #SpeakingOut movement. He later deleted his Twitter account, and his Bar Wrestling company is reportedly closed.

Elayna Black has now come forward with her own story about Joey Ryan. This story falls in line with other stories that we have heard about Ryan in the past few days, but also unique to her situation.

Black says that Ryan followed her on Twitter and DMed her “moments after” she introduced herself at a wrestling show. She “got a weird vibe right away.” She didn’t want to get heat on her, so she was responded to his DMs. Then her story continued as the messages didn’t stop.

Later that night after the show he was messaging me saying he wished he could just sneak me into the bar with him (I’m 19). He would message me constantly for weeks even when I wouldn’t respond or would just double tap his messages again, to not seem rude and scared of “getting heat.”

The story continues with more messages. He sent her messages during quarantine talking about how lonely he was. Ryan would ask her “where’s my invite?” in response to her social media story. He also said that he could get her booked in California if he wanted to. She noted that this was a move to hold power over her head.

She said that he sent her messages all the time, and she would delete the threads. This kept the message on read. The messages allegedly continued. Black’s story isn’t as severe as some, but it does show a pattern from Ryan as she concluded her statement.

I have heard many stories from other girls and I’m happy to see them exposing him and now I am also giving my take. Joey Ryan is a predator and should never be allowed in another locker room. Period.

Joey Ryan released a public statement on the allegations against him. He stated that he will not address them individually at the advice of his attorney. This was before he deleted his Twitter account.

We will have to see what happens next. The indie wrestling scene is slowly reopening, but it’s not likely that Joey Ryan will be getting a lot of bookings.