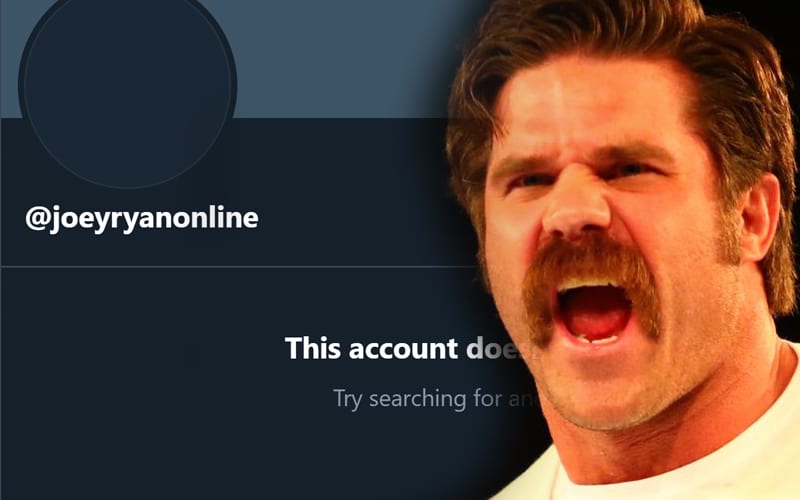 Joey Ryan was the subject of conversation in the #SpeakingOut movement. Several accounts of previous misconduct about Ryan have now come out and he publicly addressed the matter. Now he is no longer on Twitter.

Ryan did not address the allegations separately. He stated that his attorney advised him that he should not speak about them. Then he discussed how he has been in counseling since 2018 trying to work on himself.

The outpouring of responses from the #SpeakingOut movement apparently got to Joey Ryan. He deleted his Twitter account leaving only a shell of a page saying “This account doesn’t exist.” The Twitter account for Ryan’s wrestling company Bar Wrestling has also been deleted.

Ryan Nemeth also came forward to bury Joey Ryan. Nemeth stated that he stopped working Bar Wrestling events by choice because he didn’t want to be around Joey Ryan.

As you can see from the screenshot below, Joey Ryan is no longer on Twitter. He might reactivate his account at a later date, but it will be a very long time before people forget about this situation.