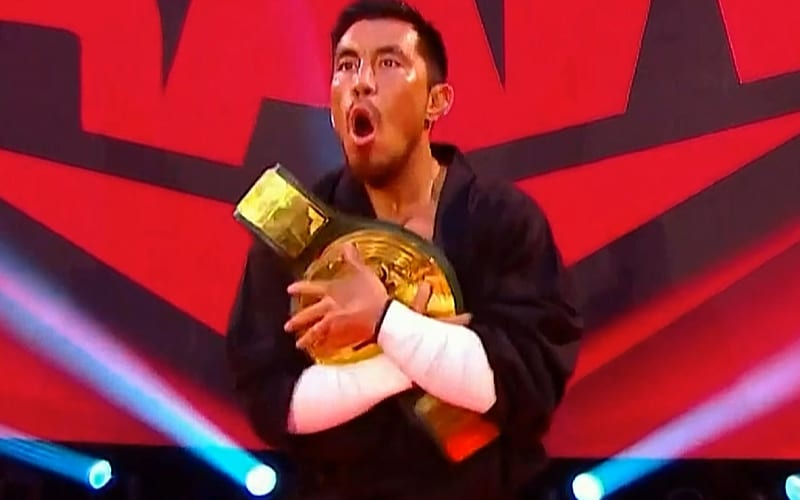 WWE presented a special night of Raw this week. There were four title matches which means that at least one champion is going to change.

R-Truth was set to face Akira Tozawa, then Bobby Lashley entered the picture. The All Mighty latched his Full Nelson on Truth and laid him out as Tozawa hid under the ring.

When Lashley left, Akira Tozawa slid back in the ring and made the pinfall. A referee was there to make the three count and then a new WWE 24/7 Champion was crowned.