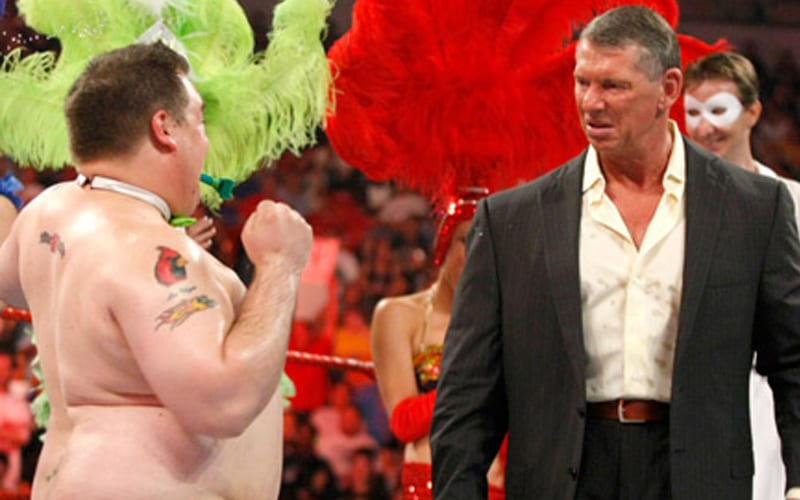 SmackDown axed their lead writer recently after some reprehensible behavior on a Zoom call. Now the former Big Dick Johnson is speaking out on the matter.

DeJoseph tweeted out that he “totally dodged a bullet.” He followed this up with another tweet saying that after spending ten years away from WWE he wasn’t about to “give” his life to the “whims of one person.” We can only assume he was talking about Vince McMahon.

After ten years away wasn’t really into giving my life to the unpredictable whims of one person. But I believe in @bruceprichard and his vision.

He followed that up with a third tweet saying: “Life is better than no life.”

Chris DeJoseph’s firing was sudden and a lot of people were surprised. It couldn’t be avoided as whatever he said on that call upset Vince McMahon so much that he had to go.