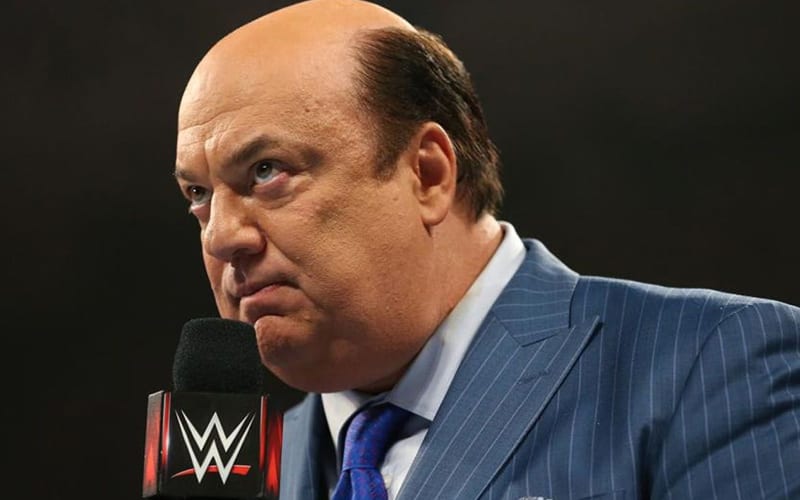 Paul Heyman had several guys that he was pushing during his time as Executive Director of RAW. Some of those Superstars are very nervous now after he was removed from that position.

Dave Meltzer noted during Wrestling Observer Radio that Paul Heyman’s “big move” in terms of booking came with Drew McIntyre’s push. He did everything he could to get McIntyre over. It might not have been enough to combat the terrible situation they were in as COVID-19 eliminated live crowds.

“”It’s like the big move and Heyman’s big move and you can see it from the booking was Drew McIntyre. He got Brock to put that guy over as strong as strong can be and then he puts him over strong in every week on television.”

“The thing with Drew was that you couldn’t pick a worse time to get over. He didn’t have the big 60-70,000 people cheering him on as he beat Brock Lesnar to create a moment, it was in an empty freaking warehouse.”

“He’s been a champion inside an empty warehouse so it’s kinda like he doesn’t look like a Superstar in that empty warehouse. He looks like a guy play wrestling in an empty warehouse — they all do, everyone does. So, it’s been, it’s just a tough situation. I still think until we get back to normal judging anyone right now is — it’s a crap shoot and I wouldn’t worry about it.”

Vince McMahon now has Bruce Prichard running both main roster shows. Bruce Prichard knows how to talk to Vince McMahon which really helps things, but it’s up in the air concerning how those Superstars that Paul Heyman had under his wing will be treated after his exit.